A Hollywood Legend’s Items Come to Auction (and no, its not Elizabeth Taylor). 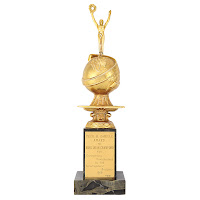 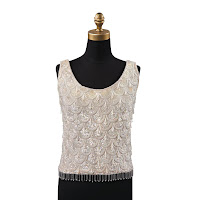 While the auction of Elizabeth Taylor’s belongings at Christie’s have received a lot of press over the last several months, the auction of another Hollywood legend has gone mostly unnoticed.

On Wednesday, December 7th, Doyle New York will auction-off property from the Estate of Joan Crawford (1908-1977).

The sale will feature film memorabilia, MGM Studios contracts and correspondence, publicity stills, fine art, furniture, jewelry, clothes, including fur coats and wraps, and Judith Lieber clutches amongst numerous other things. The items on sale have all come from Crawford’s relatives and this is the first time that they are being offered.

The estimates for the items are very reasonable, for example, a gold, diamond, emerald and ruby brooch in the form of a miniature Pepsi bottle (in 1955 the actress married Alfred N. Steele, president of Pepsi-Cola and later its Chairman and CEO) estimated at $600-900 and her elegant 1940s gold wristwatch, which is inscribed with Crawford’s name on the reverse, is estimated at $1,000-1,500. An ebony mink coat is estimated at $750-1,000 and a fabulous Deco-inspired ivory beaded top is estimated at $100-150. While this top is from the 1960’s and not the 1930’s, it does remind us that F. Scot Fitzgerald once wrote that, “Joan Crawford is doubtless the best example of the flapper, the girl you see in smart night clubs, gowned to the apex of sophistication, toying iced glasses with a remote, faintly bitter expression, dancing deliciously, laughing a great deal, with wide, hurt eyes. Young things with a talent for living.” In 1928, Crawford was cast as Diana Medford, a quintessential flapper, in Our Dancing Daughters which made her a star.

Reading about Crawford’s career in the auction catalogue, I was surprised to learn that she got her start in silent film. The actress’s first talking picture was 1929’s “Untamed”. Unlike many other Hollywood actors and actresses she was able to make a successful transition to the “talkies” because she took elocution lessons. This made me think of the wonderful film “The Arist”, about the tragic fall of a silent film star.

A lot which will certainly bring in more than its $3,000-5,000 estimate is the Cecil B. De Mille Award that was presented to the actress, by none other than John Wayne, for outstanding contributions to the entertainment industry at the Golden Globe Awards ceremony in 1970.

Of course for a sale of this nature, estimates are irrelevant. Without a doubt Crawford’s fans will pay whatever is necessary to get a piece of Hollywood’s beloved stars.

AUCTION
Wednesday, December 7 at 10am