Balenciaga and Kawakubo: An Unlikely Pair at Le Docks in Paris

If you are fortunate enough to be in Paris right now you must catch two smallish fashion exhibitions closing this weekend at the Cite de la Mode et du Design, located at the newly built Docks right across the street from Gare d’Austerlitz. The exhibitions, “Comme des Garçons – White Drama” and “The World of Cristobal Balenciaga”, were both organized by the Galliera Museum (the City of Paris Fashion and Costume Museum), which is currently closed for renovation but using the Docks as its temporary home.

“The World of Cristobal Balenciaga” takes us on a behind the scenes look at the designers personal effects and ephemera like postcards, photos, clippings, snippets of lace, as well as period costumes and accessories that inspired his famous haute couture collections. There are about seventy items on view spanning the years between 1937 and 1968. Balenciaga’s sculptural evening gowns and romantic lace capes remind us once again why this genius is, after forty years since his passing, still considered one of the greatest fashion designers of the twentieth- century. The show’s curators believe that this collection shows the stylistic influences of the 19th century on Balenciaga as well as his taste for Spanish costume. This is the first time that this collection, donated to the museum seven years after the designer’s death and put together by Balenciaga for his “personal documentation purposes”, has been on view.

Kawakubo’s “White Drama” is a glimpse into some of the designer’s recent all-white creations. This collection is meant to portray the most important moments in a woman’s life such as birth, marriage, and death. Although whether these clothes actually do that is, like everything else about Kawakubo, a mystery to me. Nonetheless the installation, the clothing is displayed in giant clear plastic balloons, is interesting and unusual. 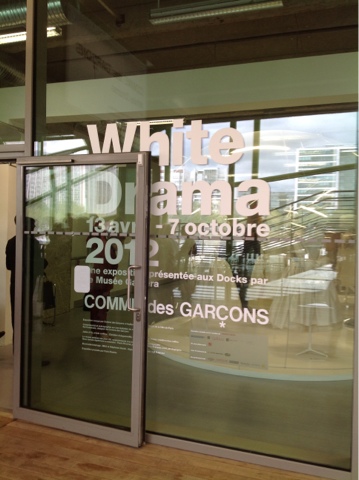 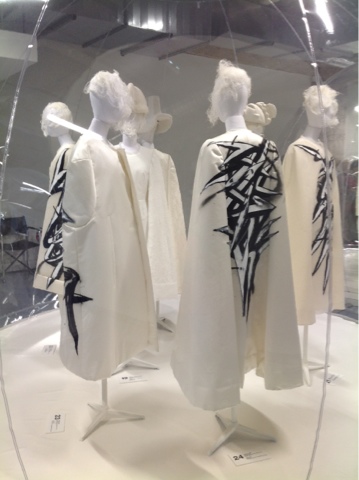 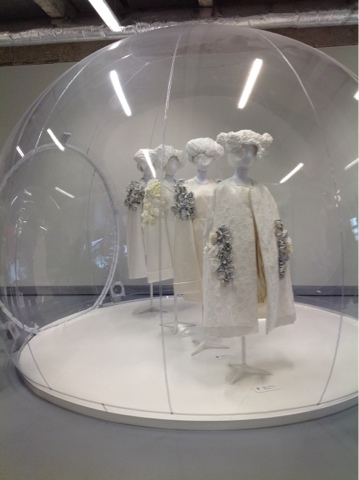 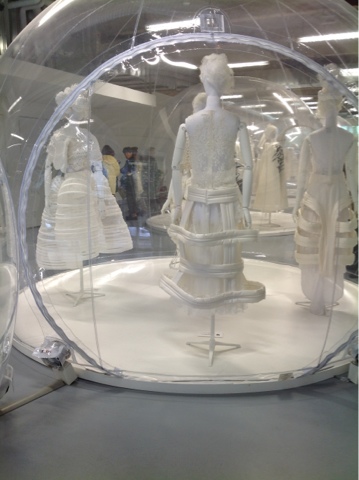 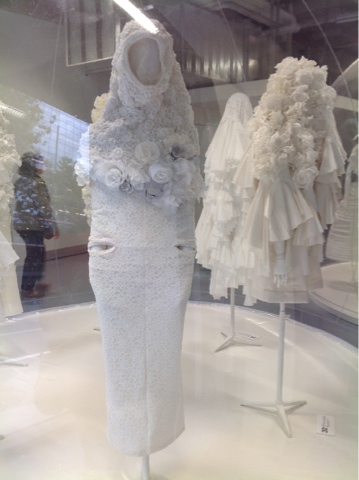 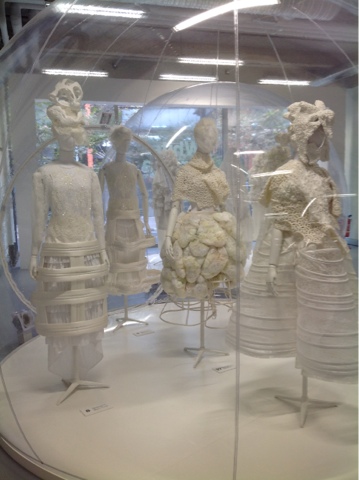 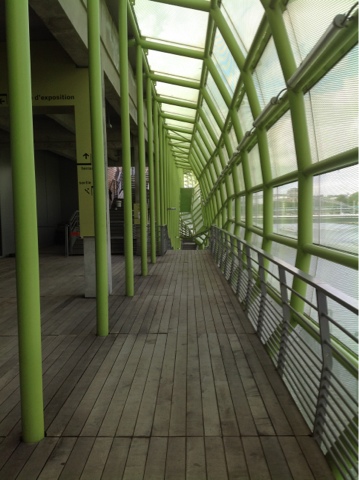