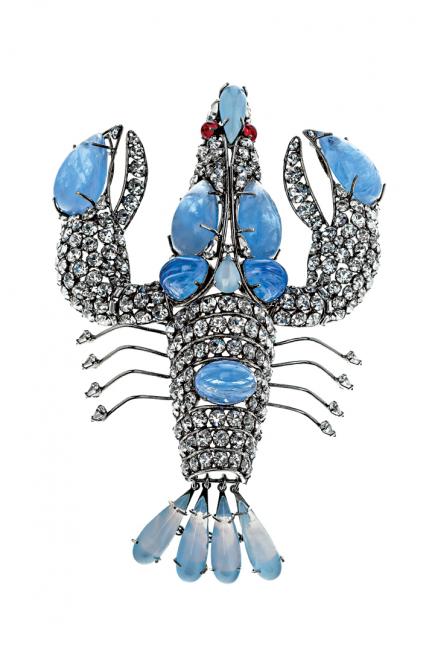 Fashion Jewelry: The Collection of Barbara Berger, Museum of Arts & Design, June 25, 2013 to September 22, 2013. Featuring over 450 pieces of fashion jewelry by designers such as Miriam Haskell, Marcel Boucher, Balenciaga, Kenneth Jay Lane, and Gripoix, this exhibition will be an eye-opening display of necklaces, bracelets, and earrings, many of them one-of-a-kind, drawn from the world-renowned collection of Barbara Berger. The daughter of an American diamond merchant, Barbara Berger began her collection of some 3,000 bijoux de couture when she purchased a pair of Chanel earrings at a French flea market as a teenager and went on to assemble one of the largest and finest collections of couture jewelry in the world. Many of the works were expressly made to be worn with haute couture clothing by fashion designers that range from Chanel to Yves Saint Laurent, and Dior to Dolce & Gabbana. The Berger collection and this exhibition are virtual encyclopedias of this exciting and provocative era of fashion history. The exhibition also underscores the continuing popularity of couture jewelry today through stellar contemporary works.
BIG COLOR, Mid-20th Century Architectural Scale Art Glass at DDC, 136 Madison Avenue at 31st Street, Through July 20, 2013. BIG COLOR presents the Architectural scale blown glass vessels introduced by Wayne Husted in 1954 and produced by the Blenko Glass Company of West Virginia. This unprecedented exhibition includes over 120 examples of these massive jewel toned glass objects, by far the largest collection ever assembled of the genre. Most pieces are well over 2 feet (70 cm) tall and up to 46 inches (117 cm) tall; created to be of a scale substantial enough to engage with the architectural environment and elements like columns and stairs directly, unmediated by furniture. This exhibition, eight years in planning, was conceived to tell the important but neglected story of American art glass between the closing of the Louis C. Tiffany Furnaces in 1924 and the birth of Studio Glass in 1962. An artist at heart and in training; the defining drive of Husted’s tenure as resident designer for Blenko was his desire to create objects that could only be seen as works of art. Architectural decanters and vases ceased to be mere decanters and vases; they are monuments to decanters and vases, sculptures in dialogue with architecture. By altering scale to an extreme and unprecedented degree he struck on an enduring and compelling new genre that suited the modern era, one that unequivocally demands to be considered as sculpture. See my post on Blenko glass from last summer here. 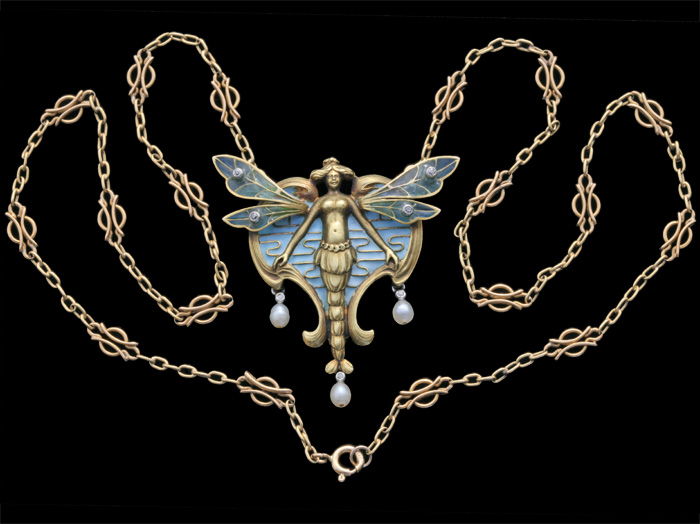 “Stephen Burrows’ Style Signatures” Museum of the City of New York. Thursday, June 6 at 6:30 pm. A conversation about designer Stephen Burrows’ far-reaching impact on fashion yesterday and today, with Anna Sui and Isabel and Ruben Toledo. The panelists will explore Burrows’ “style signatures,” including his use of color blocking and the lettuce hem. Robin Givhan, Pulitzer-prize winning fashion journalist and former style editor at the Washington Post, will moderate the discussion. Reception following the lecture graciously sponsored by Museum trustee Laura Lofaro Freeman. Champagne courtesy of Nicolas Feuillatte. RESERVATIONS REQUIRED. For more information or to register by phone, please call 917-492-3395.

“All the Brilliant Facets: Power, Collecting, and a Lifetime of Personal Style with Barbara Berger”, Museum of Arts & Design, Thursday, June 27, 2013 – 6:00 pm.Reflecting the personal history and passion of its owner, each collection is a unique creation. For one special evening, collector Barbara Berger and Guest Curator Harrice Miller trace how a single pair of Chanel earrings in the hands of a 13-year-old girl would evolve into the world-renowned collection on view in the exhibition Fashion Jewelry: The Collection of Barbara Berger. Together, Berger and Miller reveal many glorious facets of a lifetime of passionate collecting, including jewelry’s ability to empower and transform the wearer, collecting as a method for supporting emerging artists, and how each piece becomes a window into personal moments in time. A book signing of the publication Fashion Jewelry with Barbara Berger will directly follow the event.