With a major hurricane behind us that wreaked havoc on the tri-state area and a snow storm in progress, it is hard to come up with good reasons for leaving the house. However I was able to dig up some great exhibitions and lectures happening this month that inspire and invigorate me.  This calendar includes some non-design exhibitions that are really fascinating and even events that are happening outside of New York. I guess it’s not so bad to leave the Big Apple once in a while. I have included several events going on in each city so if you do decide to go, you can make a weekend out of it. Happy travels! 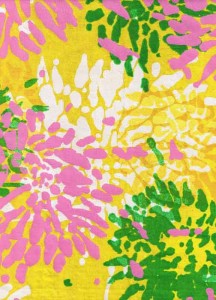 The World of D.D. and Leslie Tillett, Museum of the City of New York, Now on view through January 6.This is the first retrospective of the work of textile designers D.D. Tillett (1917-2008) and Leslie Tillett (1915-1992), two important figures in the history of post-war American design. The exhibition will introduce the work of the remarkable designers to a new generation.

Extravagant Inventions, The Princely Furniture of the Roentgens , Metropolitan Museum of Art, Now on view through January 27, 2013. The meteoric rise of the workshop of Abraham Roentgen (1711–1793) and his son David (1743–1807) blazed across eighteenth-century continental Europe. This landmark exhibition is the first comprehensive survey of the cabinetmaking firm from around 1742 to its closing in the early 1800s. Its innovative designs were combined with intriguing mechanical devices to revolutionize traditional French and English furniture types.

Material and Meaning: Earthenware, Stoneware, and Porcelain from The Wolfsonian–FIU Collection (Now on view  through January 13 2013). The Wolfsonian Teaching Gallery at Florida International University’s Frost Art Museum Material and Meaning explores the expressive and functional potential of different kinds of clay, and the varied design and production processes employed to make finished ceramics. The abundant array of design drawings and objects on display here exemplify how designers and artists, from the late nineteenth century to the middle of the twentieth, adapted the inherent material qualities of earthenware, stoneware, and porcelain to achieve aesthetic, practical, and ideological goals. Clay is a versatile medium: ceramic objects can be held in our hands, decorate our homes, and be incorporated into the built environment around us. Ceramics are objects of both utility and ornament, articles of industry and commerce, and even vehicles of political persuasion. From luxury tea services to propaganda porcelains, and from ornate vases to unadorned, salt-glazed stoneware, Material and Meaning shows a remarkable range of objects created from a single substance.

The Art of Scent 1889-2012, Museum of Arts and Design, November 20 – February 24, 2013. This is the first museum exhibition dedicated to exploring the design and aesthetics of olfactory art through twelve pivotal fragrances, dating from 1889 to the present, which profoundly impacted the course of the medium. the exhibition examines major stylistic developments in the evolution and design of fragrance, and provides unprecedented insight into the creative visions and intricate processes of the artists responsible for crafting the featured works. Each scent is experienced individually in a special installation designed by Diller Scofidio + Renfro that emphasizes the distinct combination of artistry and chemistry entailed in their creation.  Each scent was selected by Chandler Burr, MAD’s curator of Olfactory Arts, to reveal the evolution of aesthetics in the medium or to illustrate major innovations in scent design. 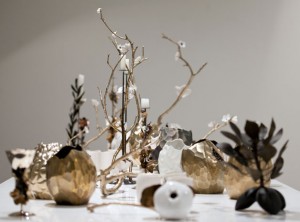 tifully orchestrated across a ceiling, a bird hidden in a bronze fireplace screen. In his unique lighting, fabricated natural and found elements mingle in illuminated branches and his “Collage” chandeliers. On November 17th R20th Century will have an opening for their annual Objects Show (also on view through January 12th). The Objects Show will feature small objects by international artists and designers that are perfect for gift- giving.

FOOD: Transforming the American Table 1950-2000, Smithsonian National Museum of American History, Washington, D.C. Opening November 20, 2012. This new, permanent exhibition, will look at food, wine and eating in America and explore how new technologies and various social and cultural shifts in the second half of the 20th century influenced major changes. Julia Child’s kitchen, which she donated to the museum in 2001 along with its hundreds of tools, appliances and furnishings, will serve as the opening story of the museum’s first major exhibition on food history. 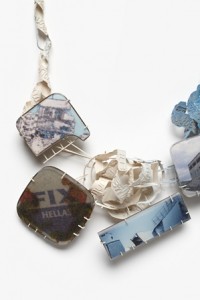 Psychomanteum: Nicole Polentas, Gallery Loupe, Montclair, NJ, November 17-December 6, 2012. Polentas currently resides in Australia, but her connection to her family’s origins in Crete are an important influence on her jewelry. An accomplished gold and silversmith, she draws on her Greek heritage for inspiration and for the unique manner in which she exhibits her current body of work – in a setting meant to depict the psychomanteum – the naturally occurring rockpools of myth where ancient Greeks would go to consult the oracles. Polentas has created her personal psychomanteum using plinths to display her jewelry. The installation includes water in order to re-create the aquatic area where one could commune with the gods. The jewelry pieces themselves are fascinating and intricate constructions of metal wire and steel sheets, sterling silver, plastic and paint, ornamented with personal photographs and bits of traditional music from Crete known as riztitka. For the artist, the song fragments are a bridge to her sense of belonging to a place she is rooted but no longer lives – her past and present become connected in her very personal jewelry. Polentas will also be speaking at Brooklyn Metal Works on Friday, November 16th at 7pm.

Fortuny y Madrazo: An Artistic Legacy, Queen Sofía Spanish Institute, November 30−March 30, 2013. A seminal exhibition analyzing the work of celebrated Spanish artist and designer Mariano Fortuny y Madrazo (1871–1949) in the context of the family of artists from which he descended. Conceived by and curated with Oscar de la Renta, this will be the first exhibition to examine the impact of both the matrilineal and paternal artistic legacies on Fortuny’s groundbreaking work in numerous fields, from textile and clothing design to visual arts, and elaborating on the origins and influences that shaped his extraordinary career.

Ivy Style Symposium 2012, November 8-9, The Museum at FIT. The Museum at FIT’s twelfth fashion symposium, Ivy Style, opens up with deputy director and exhibition curator Patricia Mears introducing the MFIT exhibition Ivy Style. It closes with a presentation by Claudio del Vecchio, chairman and chief executive officer of the ultimate Ivy style brand, Brooks Brothers. Throughout the two days, an international array of scholars, authors, designers, and curators will discuss, debate, and celebrate the style’s enduring popularity and its influence on contemporary fashion as well as the cultural and aspirational aspects of Ivy style’s creation and allure. For more info: http://fitnyc.edu/13354.asp

Nation Building: Craft and Contemporary American Culture, Renwick Gallery as the Smithsonian American Art Museum, Washington DC., November 8-9, 2012. This symposium will examine craft’s increasingly urgent role within contemporary American culture. Coinciding with the fortieth anniversary of the Renwick Gallery as the Smithsonian American Art Museum’s branch museum for contemporary craft and decorative arts, this program seeks to broaden the dialogue surrounding craft’s recent histories, and to articulate rapid changes to the field since the beginning of the current century. This symposium is free and is planned in conjunction with the 40 Under 40: Craft Futures show. The speakers include  Glenn Adamson, Ulysses Grant Dietz, Elissa Auther, Sandra Alfoldy, Ezra Shales, Jenni Sorkin and Gabriel Craig, to name a few.

The Salon: Art + Design Show, Park Avenue Armory at 68th St., November 8- 12, 2012. The SALON will host 53 leading international dealers exhibiting the finest modern art and design from 1890 to the present, along with major works of ethnographic art. Over half of the dealers are members of the prestigious Syndicat National des Antiquaires, many of whom will be exhibiting in New York for the first time. Most of these dealers were also present at the Paris Biennale this past September. For more information: www. http://thesalonny.com/

CTC&G Designing Greenwich,  The Loading Dock, 375 Fairfield Avenue, Stamford, CT, November 9-12, 2012.  An edited, by-invitation showcase, with a unique collection of exhibitors to showcase their most exciting design concepts and one of a kind objects to this elite audience. Only a handful of each specialty… interior designers, event designers, fine modern and contemporary art dealers, antiques dealers, jewelers, and custom craftsmen will be represented… along with an excellent wine connoisseur and gourmet chef. For more info: http://www.designinggreenwich.com/ 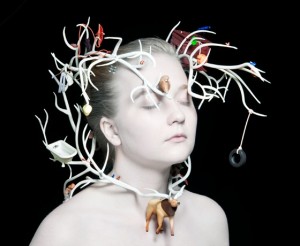 The Philadelphia Museum of Art Craft Show, Pennsylvania Convention Center, November 8-11,2012.  This premier show and sale of contemporary craft, includes 195 of the finest and most dynamic craft artists in the United States, selected from more than 1,300 applicants. British and Irish artists will be featured. All work is for sale. Funds raised are used to purchase works of art and craft for the permanent collections of the Philadelphia Museum of Art, to fund conservation and publication projects, and to support exhibitions and education programs.  Also in Philly,  the Philadelphia Art Alliance is presenting Legends: Studio Jewelry by Emily Cobb including brooches, neckpieces and rings – highly original pieces that illustrate modern fairy tales and fables. Emily is a resident of Philadelphia and a recent graduate at Tyler School of Art where she learned to use computer software to aid her designs.  For more info: http://pmacraftshow.org/about/