Venetian Glass by Carlo Scarpa: The Venini Company, 1932-1947, The Metropolitan Museum of Art, November 5, 2013–March 2, 2014. Devoted to the work in glass of the influential Italian architect Carlo Scarpa (1906–1978). Scarpa created a unique and multifaceted body of work in architecture and design. In 1932, while in his mid-twenties, he was hired by Paolo Venini, founder of Venini Glassworks, to be an artistic consultant to the company. Until 1947, he worked closely with Venini master glass blowers and Mr. Venini himself to create more than two dozen styles, in the process pioneering techniques, silhouettes, and colors that thoroughly modernized the ancient tradition of glass blowing. The exhibition presents the results of this unique collaboration, featuring nearly 300 carefully selected works that highlight Scarpa’s significant contribution to the art of Venetian glass. For more information: http://www.metmuseum.org/exhibitions/listings/2013/carlo-scarpa 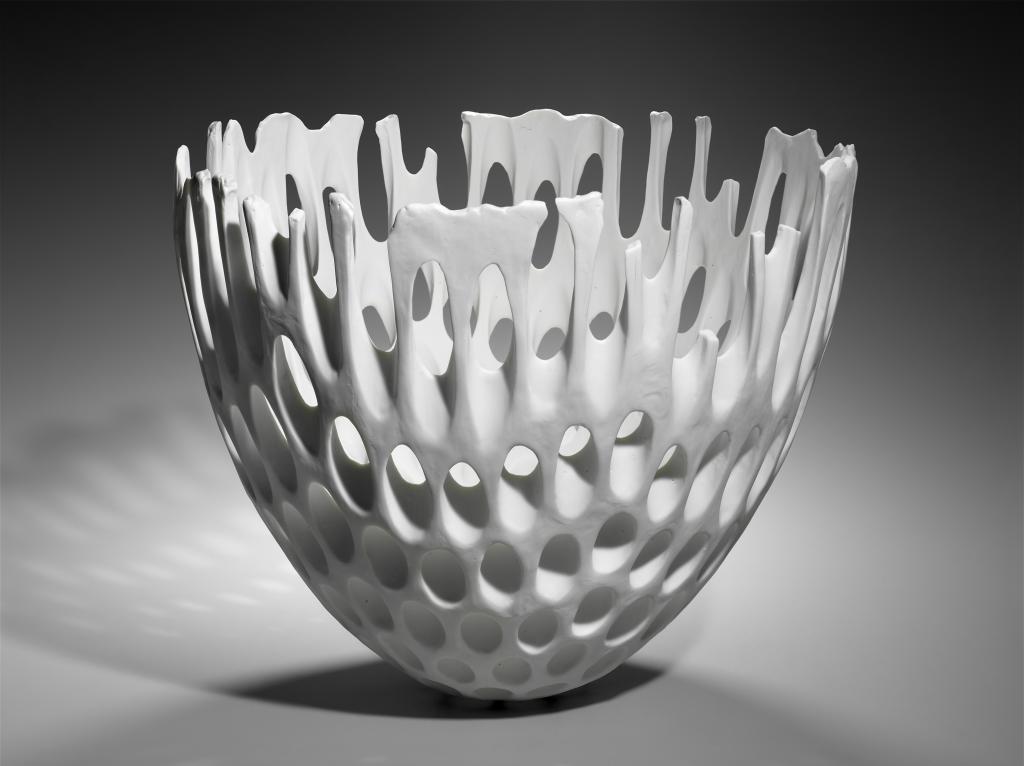 Alta Moda, Queen Sofía Spanish Institute, November 20, 2013−March 29, 2014. Focusing on a series of photographic portraits by acclaimed photographer Mario Testino. Known primarily for his work in fashion magazines, Testino makes a bold departure with this series. Alta Moda—literally “high fashion” in Spanish—documents Peruvians in their vibrantly colored and ornately adorned traditional and festive dress from Cusco, one of the highest mountainous regions of Peru. Check the website for a schedule of events. http://qssi.org/exhibitions-programming/exhibitions/alta-moda-by-mario-testino

Gilded New York, Museum of the City of New York, opening November 13th. Inaugurating the Museum’s Tiffany & Co. Foundation Gallery, Gilded New York explores the city’s visual culture at the end of the 19th century, when its elite class flaunted their money as never before. In New York, this era was marked by the sudden rise of industrial and corporate wealth, amassed by such titans as Cornelius Vanderbilt and Jay Gould, who expressed their high status through extravagant fashions, architecture, and interior design. The exhibition presents a lavish display of some 100 works, including costumes, jewelry, portraits, and decorative objects, all created between the mid-1870s and the early 20th century. The dazzling works in the exhibition will illuminate an era when members of the new American aristocracy often displayed their wealth in storied balls in Fifth Avenue mansions and hotels. It was a time when New York became the nation’s corporate headquarters and a popular Ladies’ Mile of luxury retail establishments and cultural institutions helped launch the city to global prominence. For more information: http://mcny.org/content/gilded-new-york

The Fashion World of Jean Paul Gaultier: From the Sidewalk to the Catwalk, Brooklyn Museum,  October 25, 2013 – February 23, 2014. For almost four decades, Jean Paul Gaultier has shaped the look of contemporary fashion with his avant-garde creations and cutting-edge designs. The Brooklyn Museum will be the only East Coast venue for The Fashion World of Jean Paul Gaultier: From the Sidewalk to the Catwalk, the first international exhibition of this celebrated French couturier’s work. This spectacular overview of Gaultier’s extensive oeuvre will include exclusive material not exhibited in previous venues of the tour, such as pieces from his recent haute couture and ready-to-wear collections and stage costumes worn by Beyoncé. This theatrically-staged show, more of a contemporary installation that explores the boundaries where art and fashion intersect, will feature 130 haute couture and ready-to-wear ensembles accompanied by audiovisual materials, sketches, early designs, and photographs, all of which testify to Jean Paul Gaultier’s daring, cutting-edge style and the superb craftsmanship of his creations. Gaultier’s rich collaborations with renowned contemporary artists and photographers such as Andy Warhol, Richard Avedon, David LaChapelle, Pierre & Gilles, Herb Ritts, Cindy Sherman, Peter Lindbergh, Stéphane Sednaoui, and Mario Testino is a major focus of attention.

Bruce Weber Date: Wed, Nov 13, 2013, 8 pm Location: Lexington Avenue at 92nd St Venue: Kaufmann Concert Hall Price: from $29.00. His work has been exhibited in over 70 gallery shows and museums around the world. His photographs are in the permanent collections of London’s Victoria and Albert Museum as well as in the Photography Division of the City of Paris. He’s photographed the top models wearing the best designers, and he brings a unique perspective to the fashion business. He’ll explain how he got involved in photography and fashion and what inspired some of his iconic black-and-white images in campaigns for Calvin Klein, Ralph Lauren, Abercrombie and Fitch and magazines like Vogue, Vanity Fair, GQ and Rolling Stone.

Cooper-Hewitt is proud to present this exciting new series, supported by Van Cleef & Arpels, which focuses on the craftsmanship, innovations, and merits of contemporary global designers. Each week will spotlight an innovative design firm, beginning with the iconic Finnish brand Marimekko. Events begin November 5th for more information: http://www.cooperhewitt.org/events/design-hand-marimekko-inspired-life