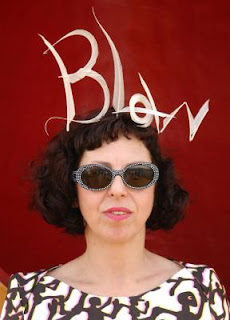 Anyone who reads this blog on a regular basis has come to learn that I am obessessed with the fate of the late Isabella Blow’s wardrobe. Daphne Guinness, the collection’s savior, has launched the Isabella Blow Foundation, which will benefit young designers, with a portion of the funds going to charities dealing with mental illness.

To help the foundation get off the ground, Guinness will auction off 100 items from her own personal collection which is filled with the creations of Alexander McQueen, Gareth Pugh, and Philip Treacy.

I wonder if the recent exhibition of Guiness’s wardrobe at the Museum at F.I.T. was a way to drum up some excitement and bring attention to her already famous collection? If so, it was certainly a smart move.

The auction will take happen June 27th at Christie’s South Kensington in London- the preview will be open to the public from June 23-27.

I think the reason that I am so fascinated with the whole story is because Isabella’s collection has a life of its own; especially considering that Blow and Lee McQueen, its two driving forces are long gone but the clothes keep moving on.

If anyone is as interested in Isabella Blow as much as I am then check out this great Tumblr page dedicated to the great fashion muse. The tumblr page is in your face but so was its subject. http://fuckyeahisabellablow.tumblr.com/