Lalanne’s Sheep Filling Up at a Gas Station??

Last week I ran over to the Chelsea arts district to take a look at a new installation taking place at an old Getty station at 10th Avenue and 25th Street. Who would have thought that this corner gas station would be the site of the largest collection of Francois-Xavier Lalanne’s Moutons sculptures? Hey, it’s New York, you never know!

Real estate developer and art collector Michael Shvo has teamed up with the Chelsea gallerist, and Lalanne dealer, Paul Kasmin to bring us Sheep Station, the inaugural exhibit at Getty Station. Shvo plans to build luxury residences on this spot but while construction has yet to begin, he will use the space for public art. The real estate developer is planning to incorporate these exhibitions into the building at a later date but for now we have Sheep Station.

Twenty-five of Lalanne’s epoxy stone and bronze “Moutons” are hanging out on a patch of green grass in between an industrial gas station. The sheep “symbolize Lalanne’s mission to demystify art and capture its joie de vivre. ‘Moutons’ have become Lalanne’s most iconic work, embodying his very approach to art while commenting on the nature of art itself.” If anyone doesn’t take these sheep seriously, I would like to remind you that the late fashion designer Yves Saint Laurent was so enamored with them that he commissioned a whole set in the 1960s. These days just about every serious collector of 20th century design owns a variant (Lalanne created many variations on the Mouton series throughout his career) of les moutons.

Sheep Station will be on view through November 24, 2013 . For more information visit: http://gettystation.com/ 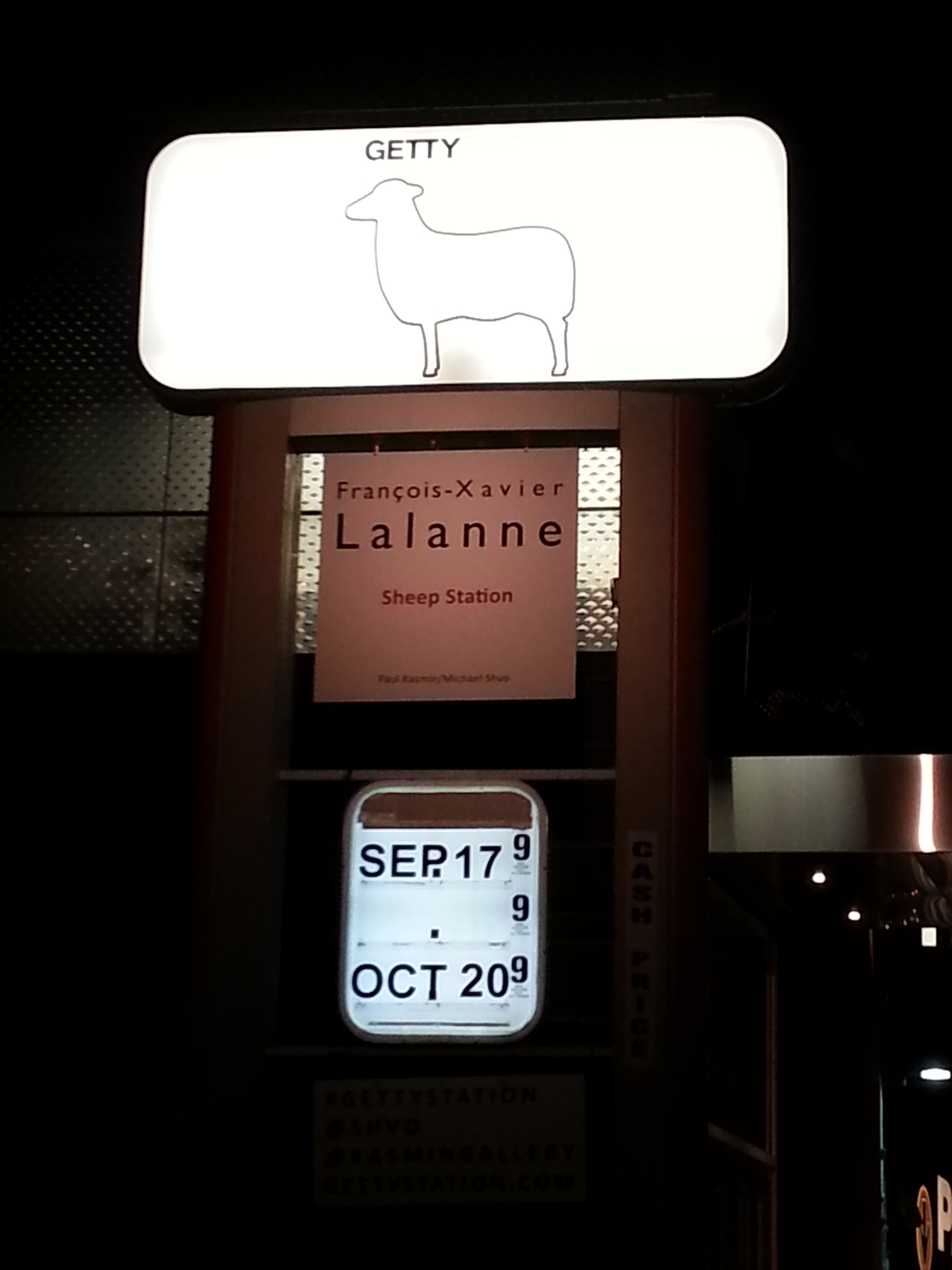 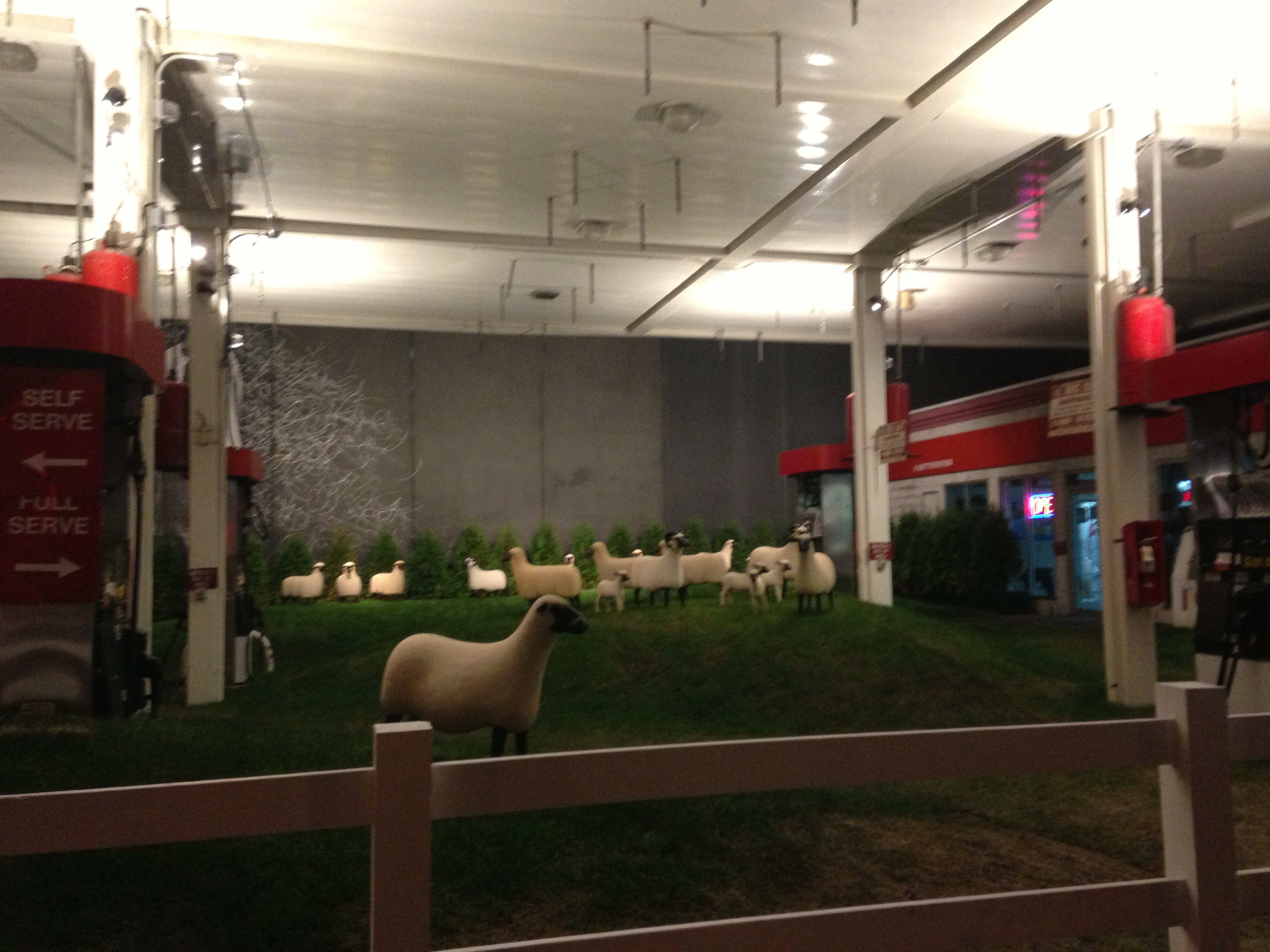 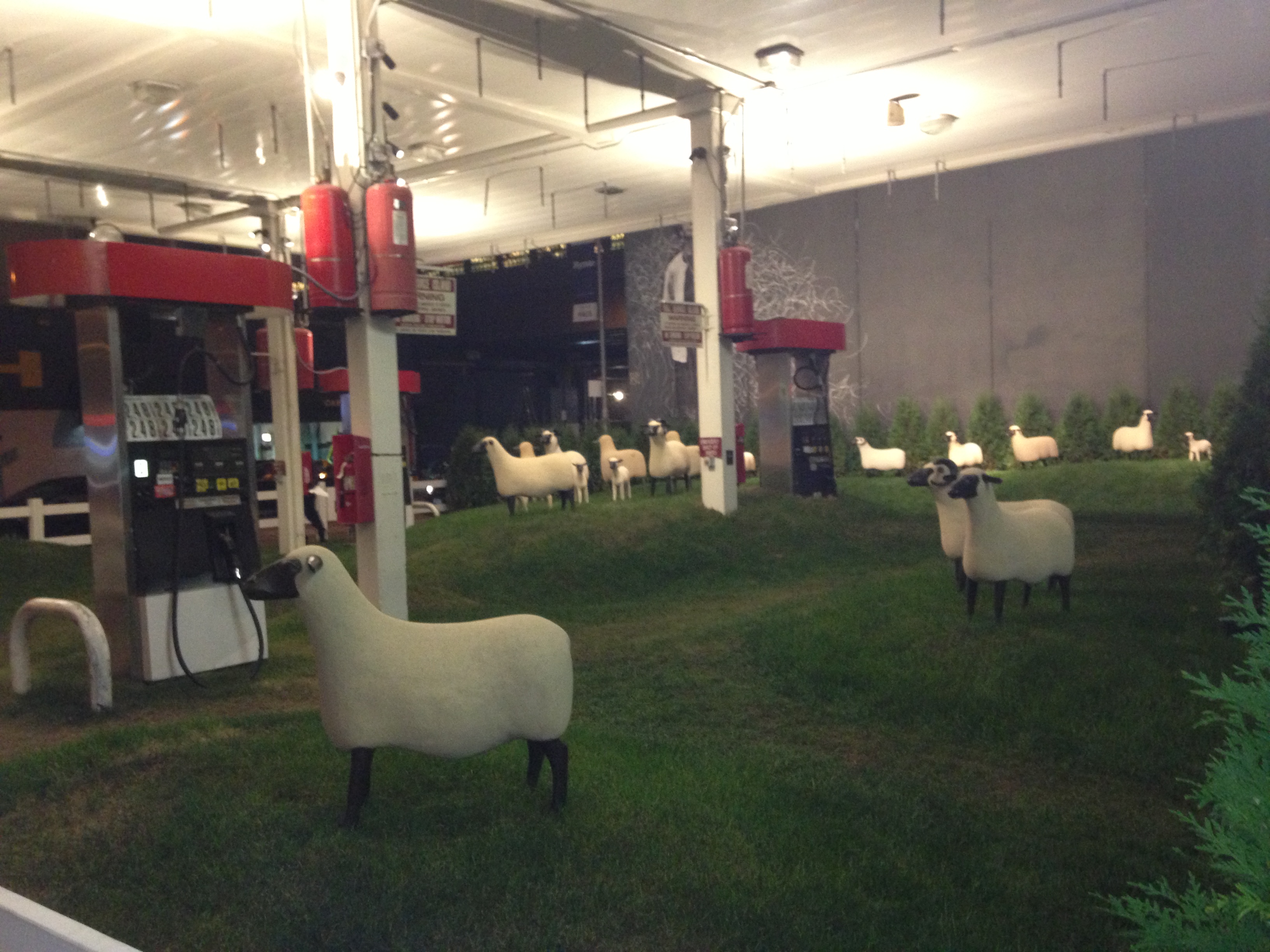 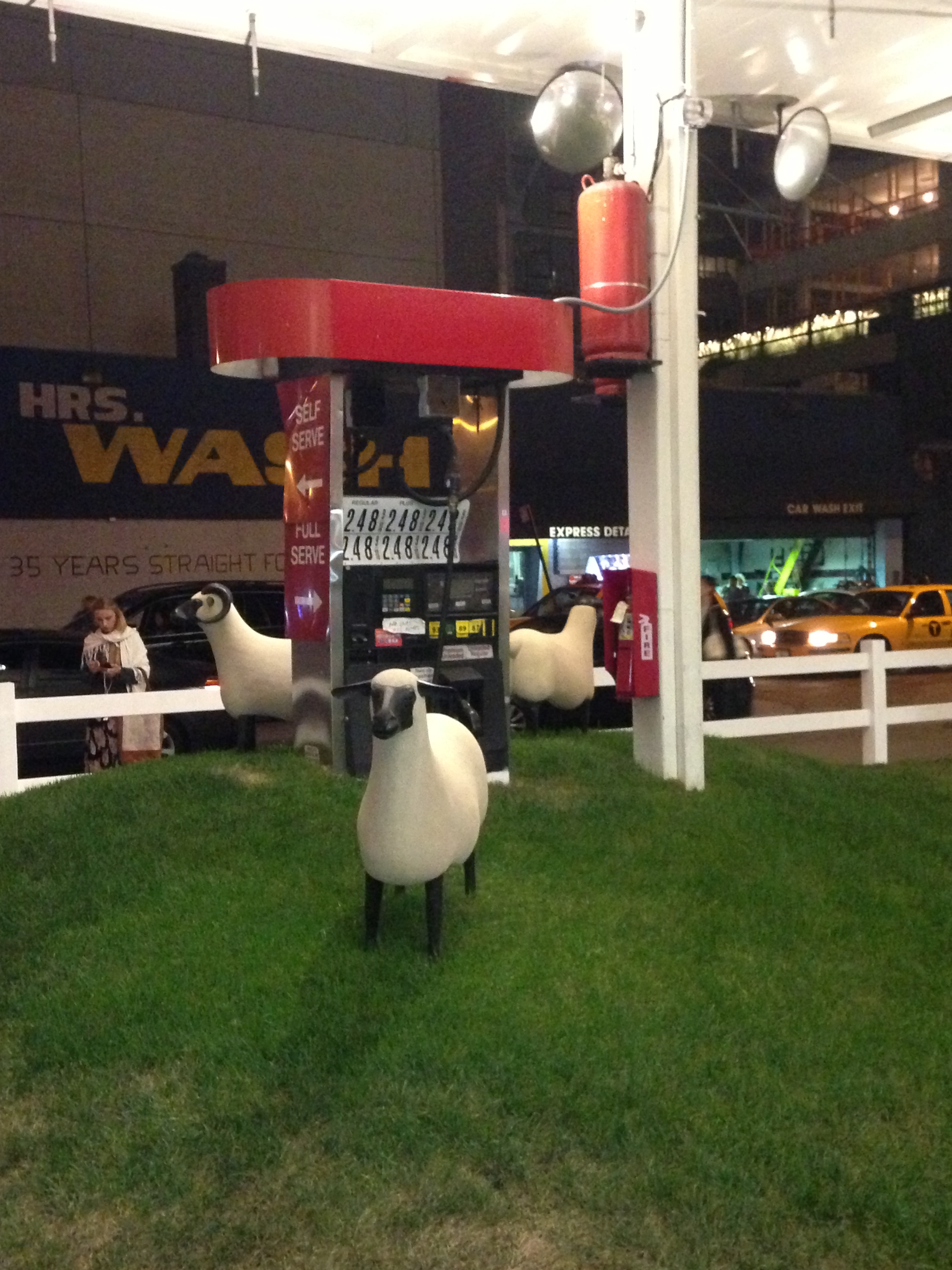 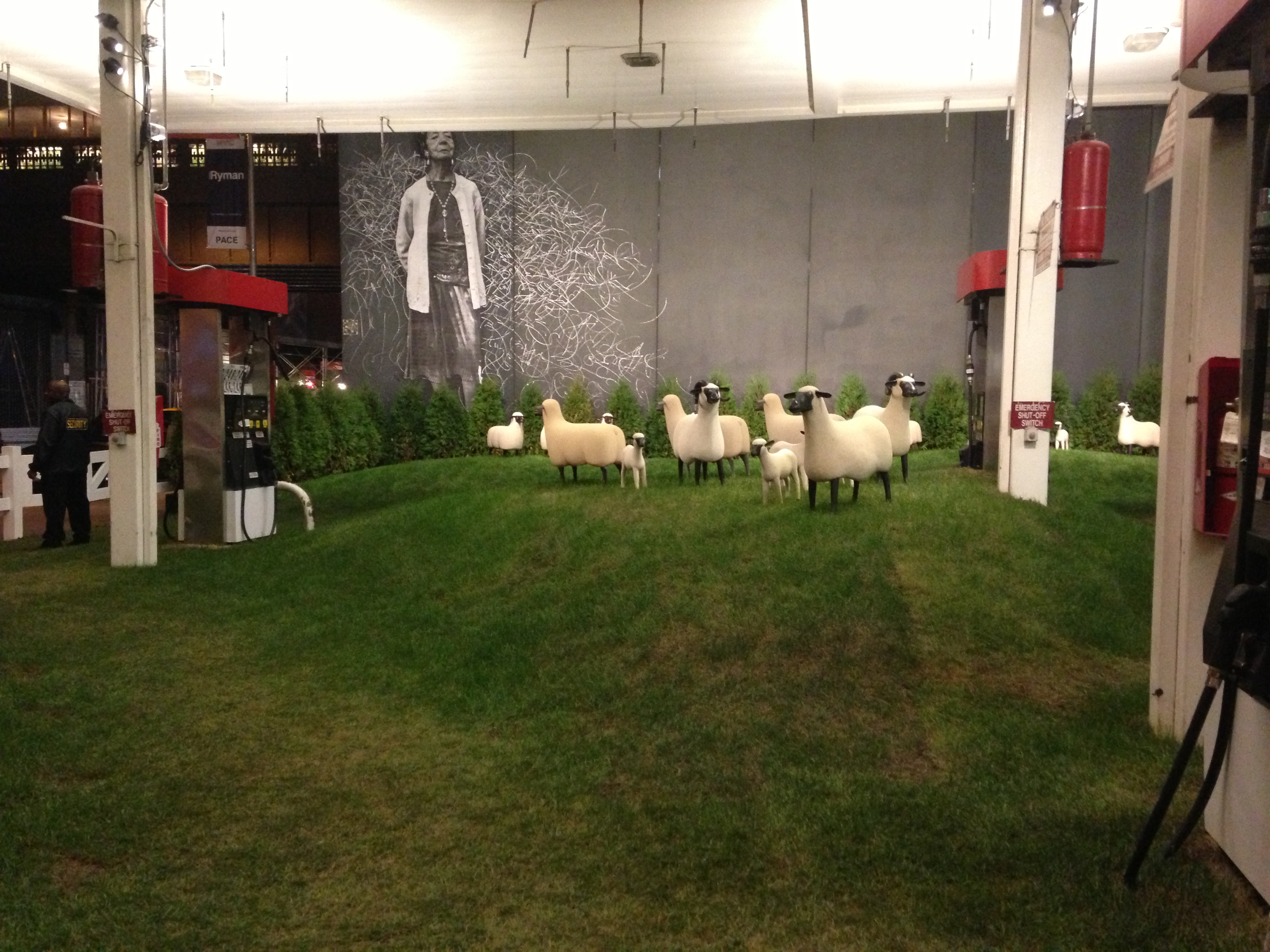 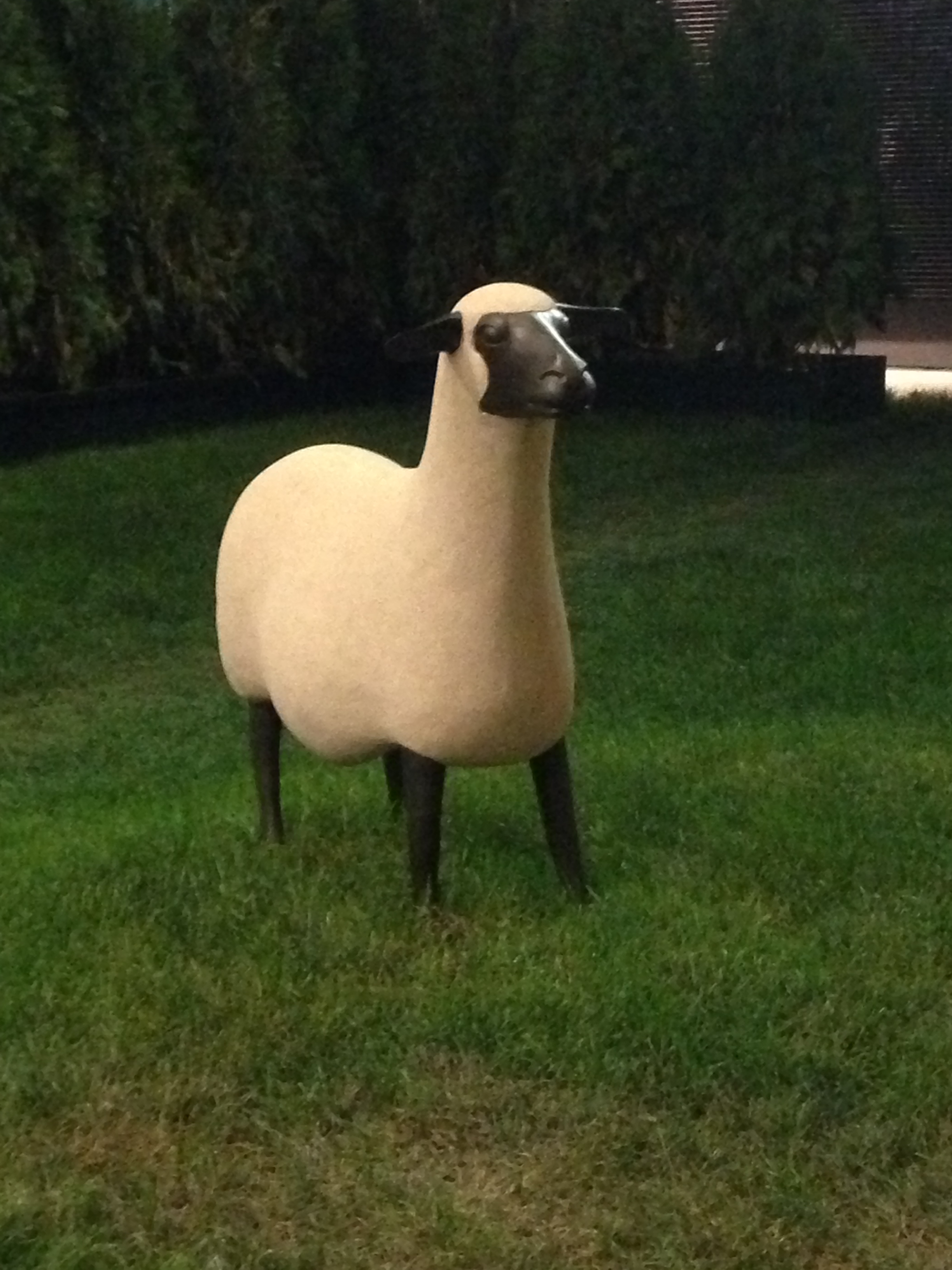 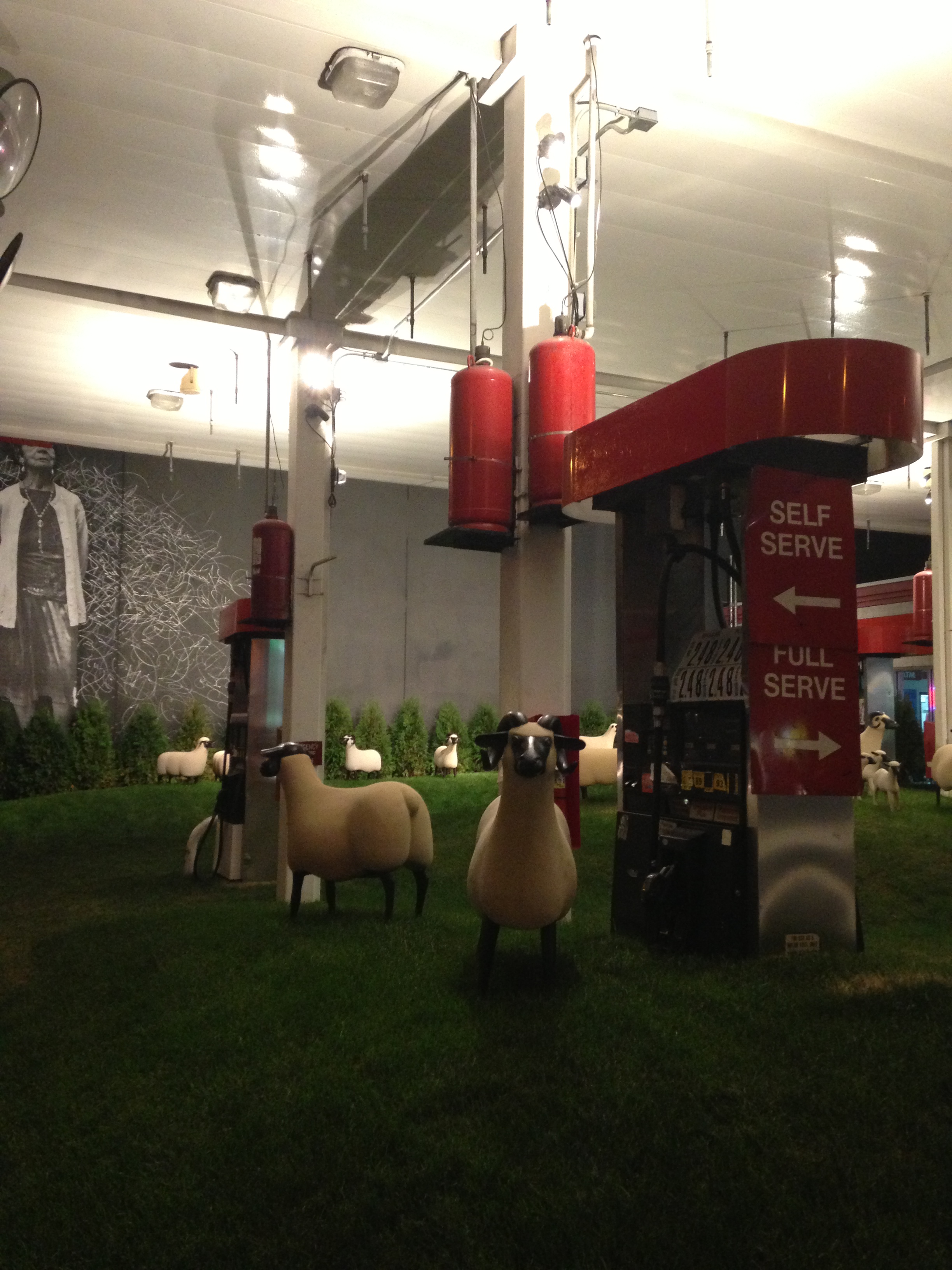