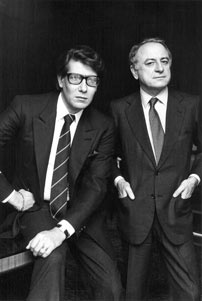 L’amour fou, a film based on the art collection that belonged to longtime business and life partners Yves Saint Laurent and Pierre Berge, will premiere next week at the Tribeca Film Festival in New York. The film was directed by Pierre Thoretton and is an intimate look at the life and career of one of 20th century’s fashion giants and his incredibly diverse and museum-worthy collection of fine and decorative arts. This vast collection was the auctioned off by Berge through Christie’s, Paris in 2008. I can not help to think that this film will be very similar to The Last Emperor, the film about another fashion great, Valentino Garavani (which I reviewed here). I am hoping that the film finds a home with a distribution company so that we may all have the opportunity to see it.YSL’s homes have long been an inspiration to fashion and interior designers and, while extensively photographed, it will be nice to see them all on film.