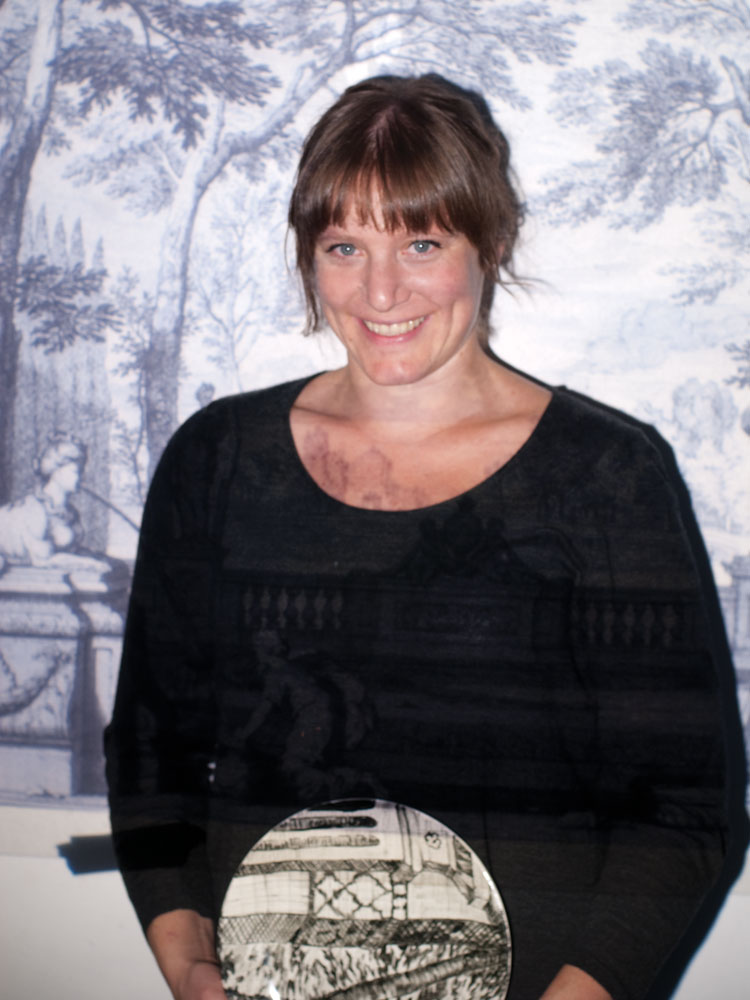 The Ever Inspiring Work of Molly Hatch 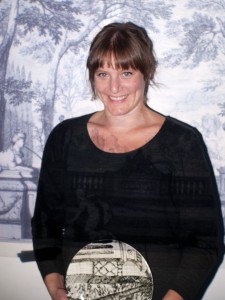 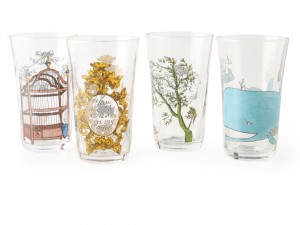 When I wrote about Molly Hatch’s work as part of the COVET project this past summer, I never thought that I would be able to own one of her pieces. I also didn’t think that I would ever have the chance to meet her! Molly is as lovely as her work. And she has been a very busy women of late. Aside from a very successful  collaboration with the clothing and home decor super-power Anthropologie, which happens to be one of my favorite stores, and the reason that I now own a Molly Hatch ceramic piece, her work is currently on view in two major museum exhibitions.

The first show, “Reverie”, curated by Sarah Archer at the Philadelphia Art Alliance (PAA), features Hatch’s trademark hand-painted ceramic plate “paintings” that were inspired by her “continued effort to claim the functional surface of the dinner plate as a painting surface.” The source for the work came from from 18th and 19th century plates from her family’s own collection. (Hatch is a descendent of wealthy Boston merchants who used Chinese export porcelain as ballast in their ships. Her ancestors also founded the Rhode Island School of Design, where is she currently teaching a course.)”Making something old new again” (as she recently told American Craft magazine [December/January 2013]) seems to be her motto, and one can certainly see that come to life in the floral “Dresden” plates on view  at the PAA, which was inspired by the fancy china produced in the Saxony capital in the nineteenth-century. 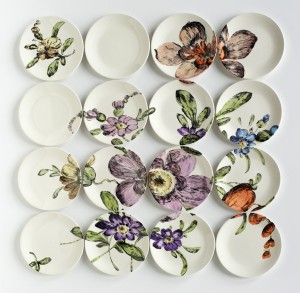 In an interview with David McFadden, chief curator at the Museum of Arts and Design in New York, for the “Reverie” exhibition catalogue, Hatch said that her goal is to “encourage the viewer to look at functional, everyday utilitarian ceramics as one might look at a painting or a drawing. My hope is that the viewer can begin to value ceramics as a valid art form. By sourcing historic material that the viewer is familiar with, and making it mine through playing with scale and color shifts some of the time, I hope there is a familiarity with the surface material that the viewer looks at in a new way. Experiencing the familiarity of both the surface and the plate in a new way.”

While the show at the PAA closes this weekend, one can catch Hatch at the MFA in Boston, part of the exhibition “New Blue and White” (on view through July 14, 2013). The exhibition, curated by Emily Zilber, focuses on the work of contemporary artists who are employing the traditional blue and white palate often associated with traditional ceramics to create stunning work.

Of Hatch’s,”Quand on Aime, Tout est Plaisir-After Fragonard” (2011), Zilber writes: “The widespread dissemination of blue and white was reliant on the ability to print on clay. Hatch takes this one step further, treating ceramic plates as surfaces on which to translate images of swinging lovers from the 18th-century paintings of Jean-Honoré Fragonard—which themselves would have been spread through prints. Hatch uses Mishima, a Japanese slip inlay technique; its blue lines create a cross-hatched image that can only be read in its entirety when viewing the whole installation. Individually, each plate provides a second frame for Hatch’s drawing. This allows for both figural and abstract representation, and speaks to moments of invention inherent in the translation between the printed image and its source.”

I really can’t wait to see what’s next for Hatch. I hear she is now represented by a New York gallery which promises which could only mean more great projects in her future!