Russel Wright: At Home With Nature

For the April/May 2013 Nature themed issue of American Craft magazine, I interviewed  the Donald Albrecht and Dianne Pierce curators of “Russel Wright: The Nature of Design”, an exhibition opening on May 4th at the NYS Museum in Albany which originated at the Samuel Dorsky Museum at SUNY New Paltz last year. While the legendary American industrial designer Russel Wright’s legacy will forever be tied to his “American Modern” dinnerware (1935-late 1950’s), he was most passionate about another project: Manitoga, his weekend home, located in Garrison, New York, which he purchased in 1942.

Through his designs for dinnerware and furniture, the exhibition traces Wright’s fascination with nature and shows how it influenced his work. Prior to “American Modern”, he introduced the “Oceana” line, which consisted of hardwood serving bowls that resembled sea creatures. His late work for Bauer Pottery (1945-1946), which I have never seen before, were biomorphic in shape and utilized the most beautiful glazes that resembled moss. There was even dinner ware with real leaves embedded into the plastic. Also on view are objects from his personal collection such as Danish armchairs and Asian decorative arts. Both cultures fascinated by the natural world.

Wright spent countless hours studying the property at Garrison and selected just the right spot to build his home. After his wife and business partner, Mary, passed away Wright made Manitoga his full-time home. As Albrecht told me, the house was an escape from bustling city life. Here Wright was able to experiment freely, combining machine made materials with nature. I had the privilege of privately touring Manitoga and captured the interior and exterior of the house, which you will see has little separation as Wright worked very hard at blurring the boundaries between the two and successfully bring the outside in.

The sitting area with boulders inset into the walls and serve as the frame for the fireplace. Large glass window double as walls, allowing the surrounding nature to be omnipresent in the home. 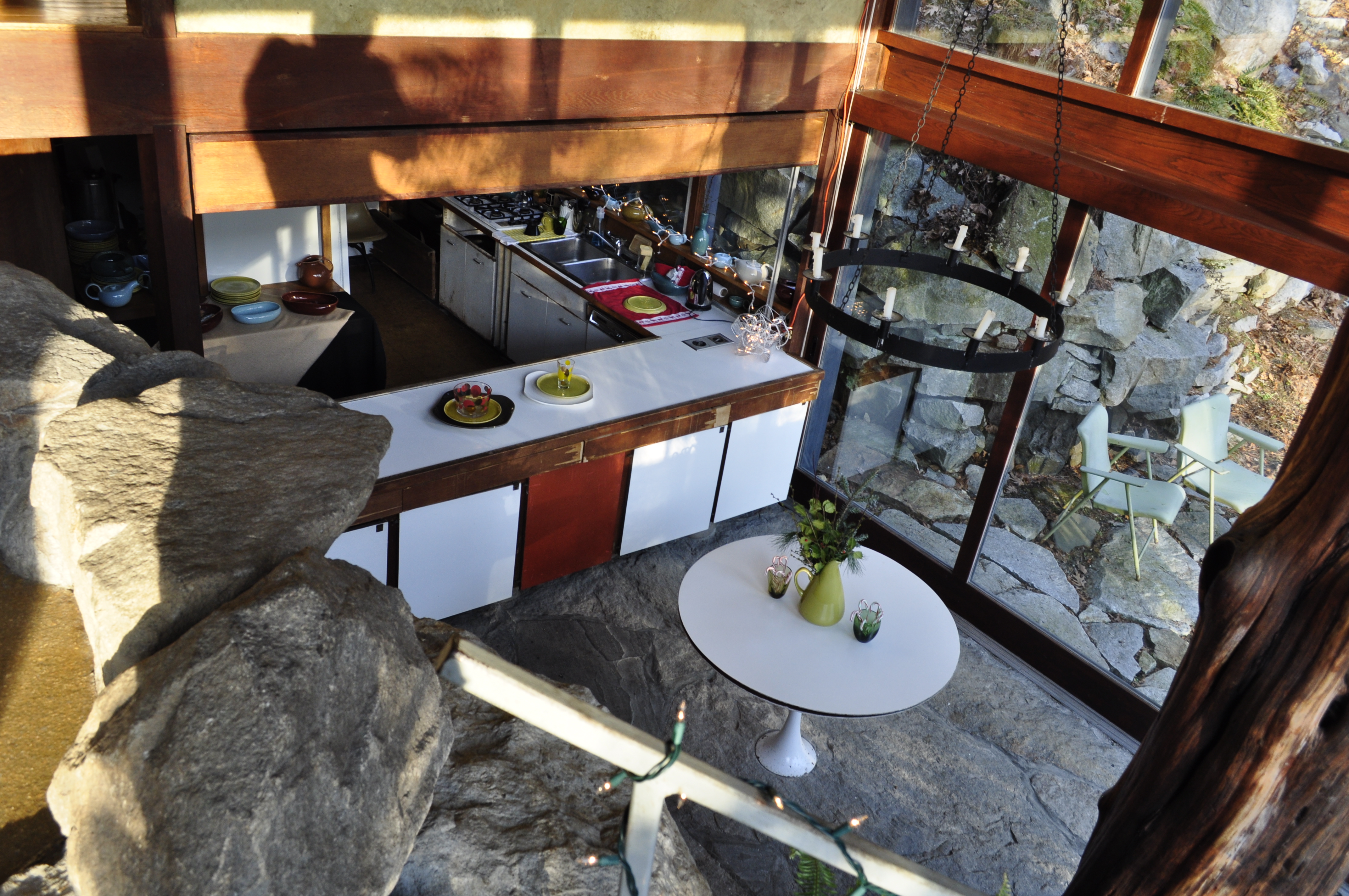 A view from the top of the staircase looking down at the dining room and kitchen. 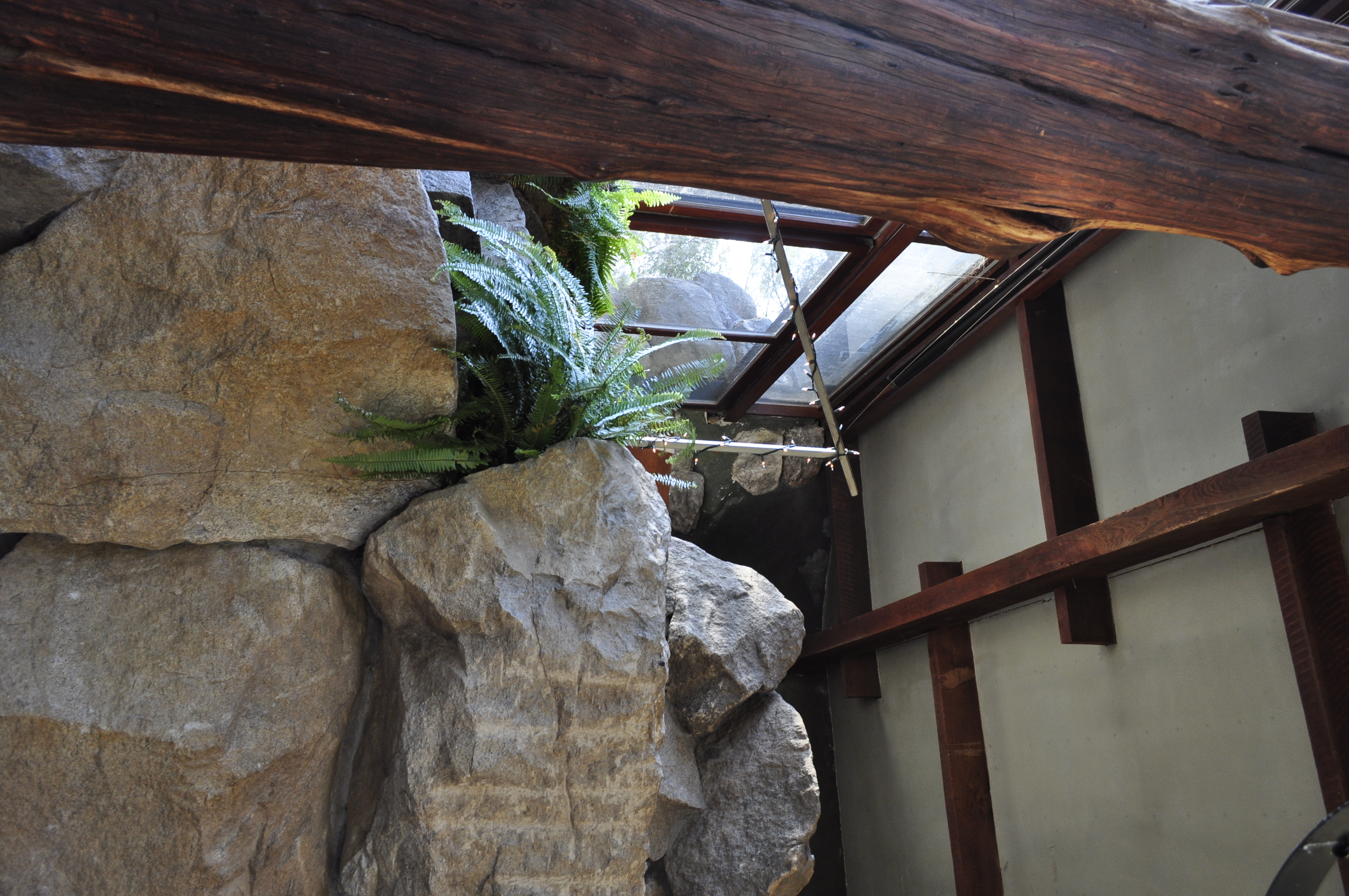 Details of boulders and wooden planks in the sitting area. 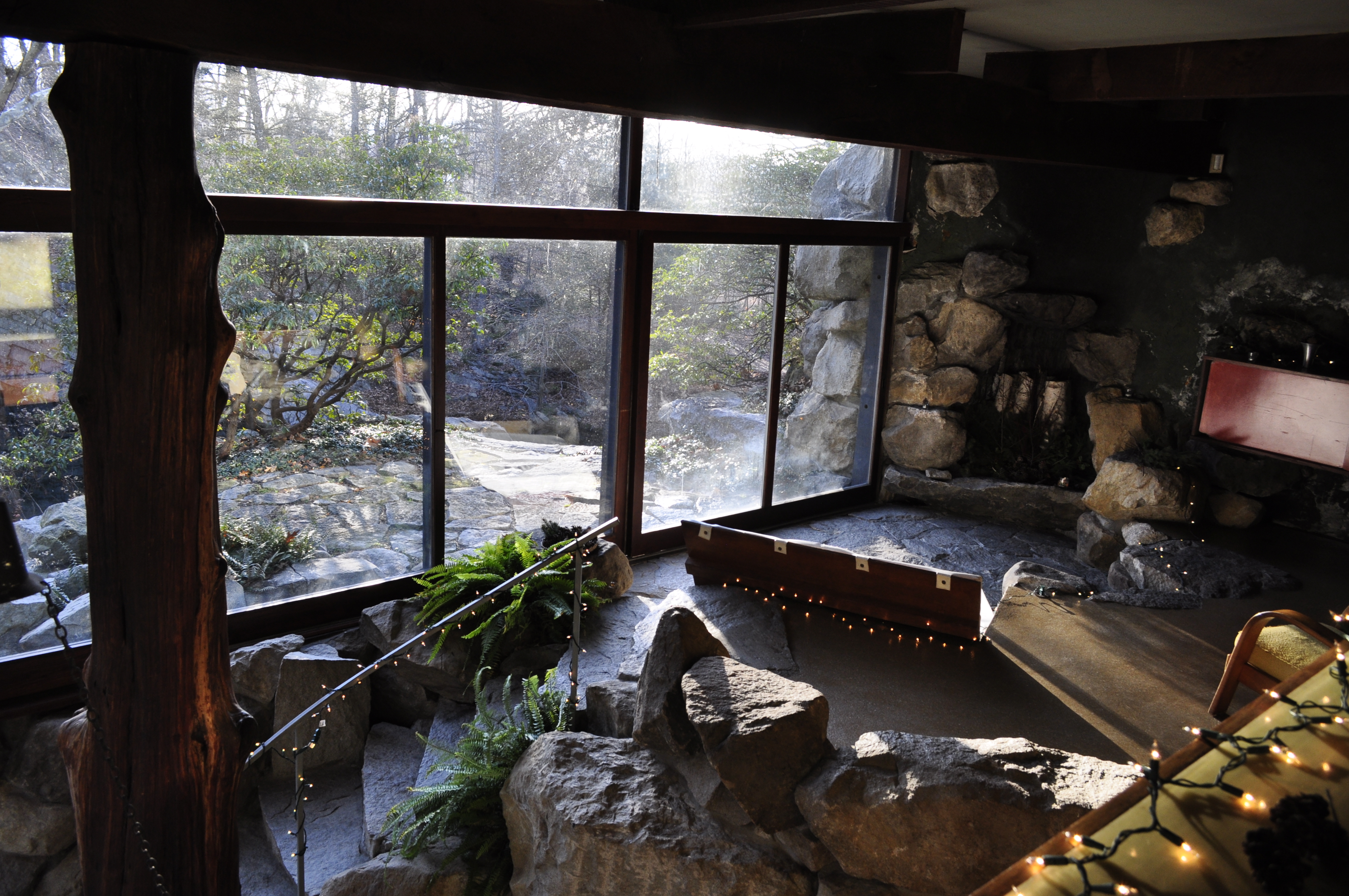 Stone steps take you from the sitting area into the dining area. An uncut cedar tree is the main post supporting the ceiling. The lights are not part of the original interior and were left over from an event held at the home. 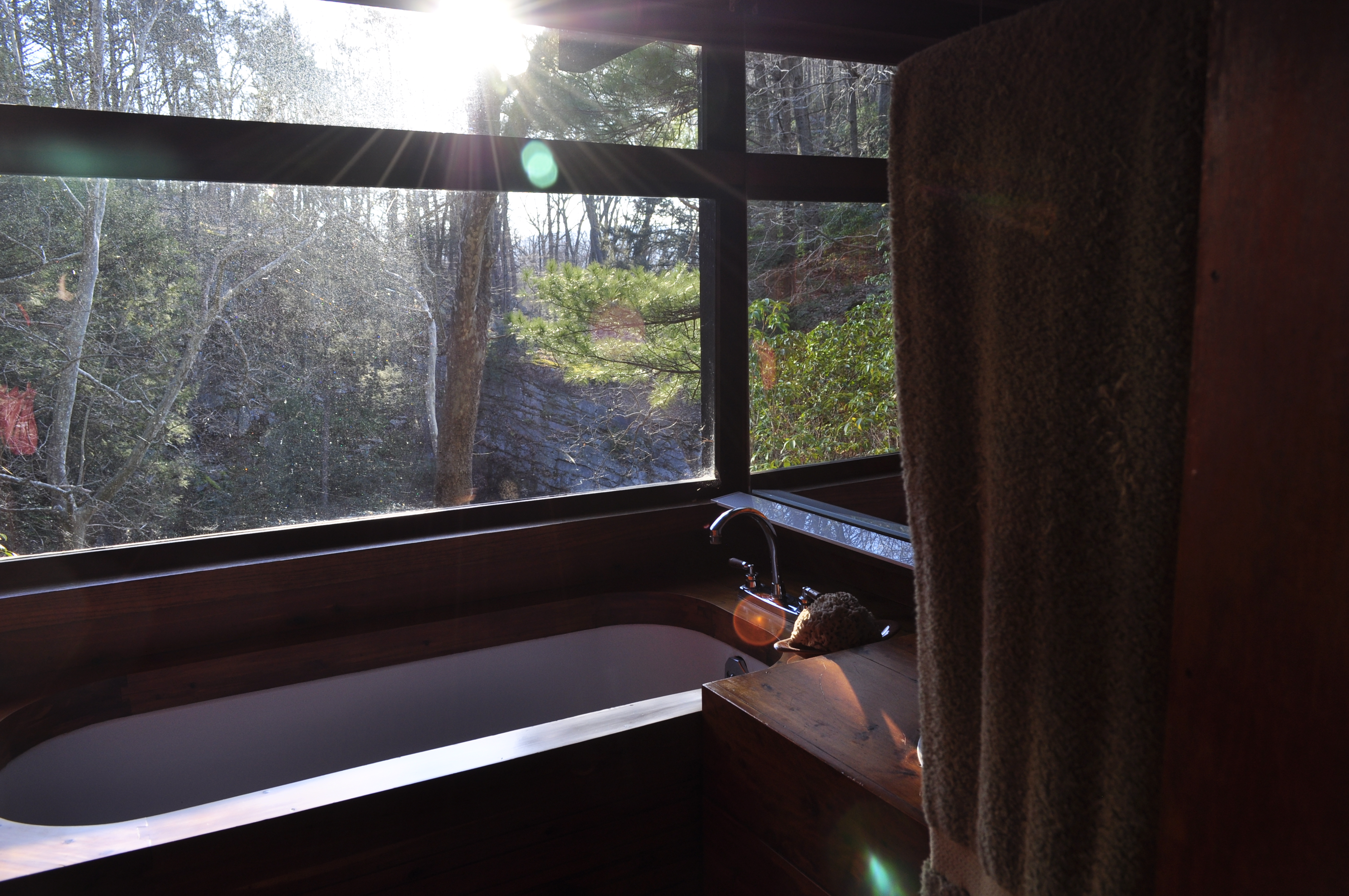 Mary and Wright had a daughter not too long before Mar’s death. She lived at Manitoga with Wright and her nanny.  A view of her bathtub. 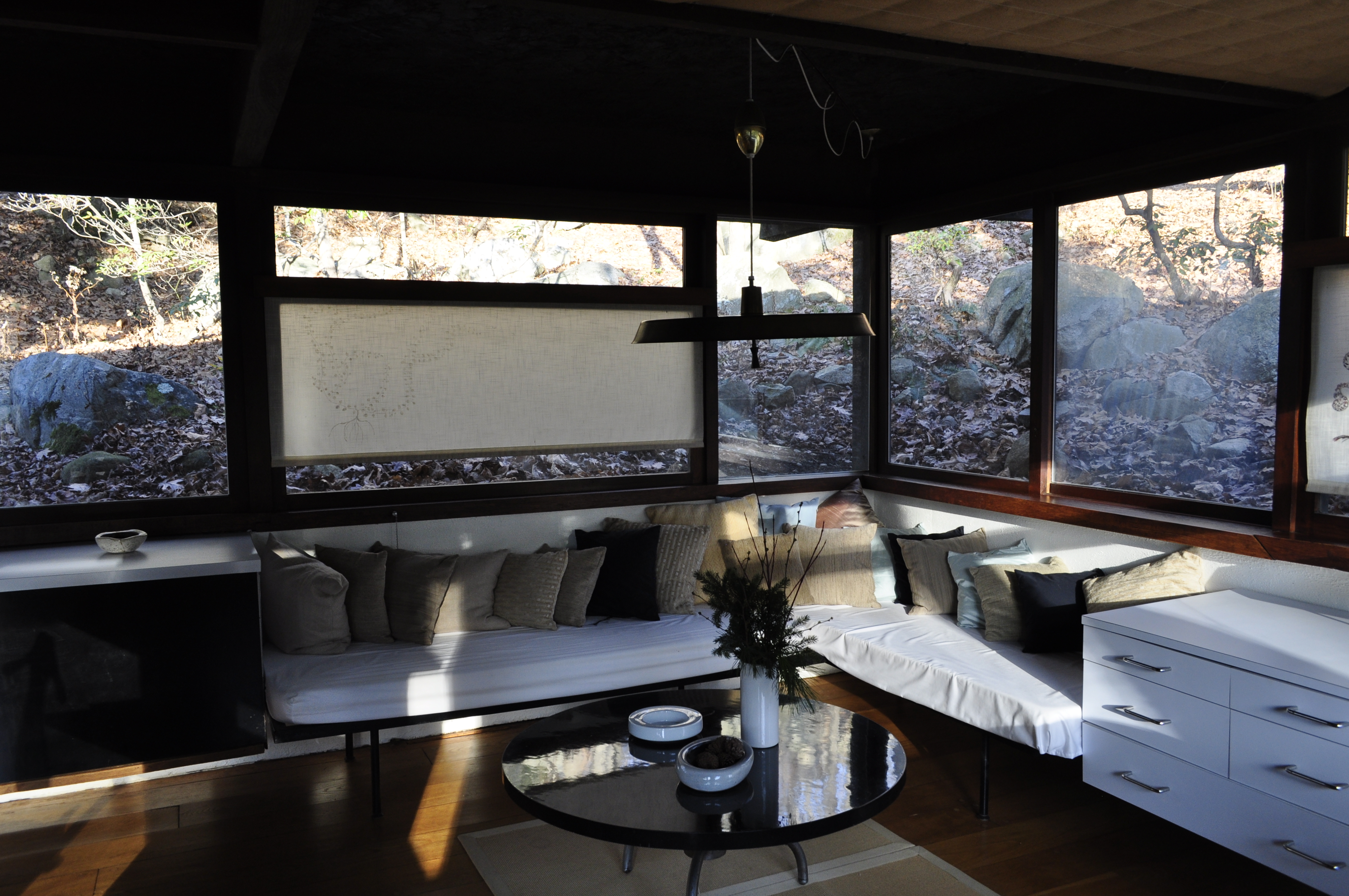 Wright’s living quarters were in a small studio adjacent to the main house. The sitting area in Wright’s studio which is attached to Manitoga. This is the sitting area. Notice how low the house is to the ground. It is like you are sitting among the trees and rocks even when inside the house. 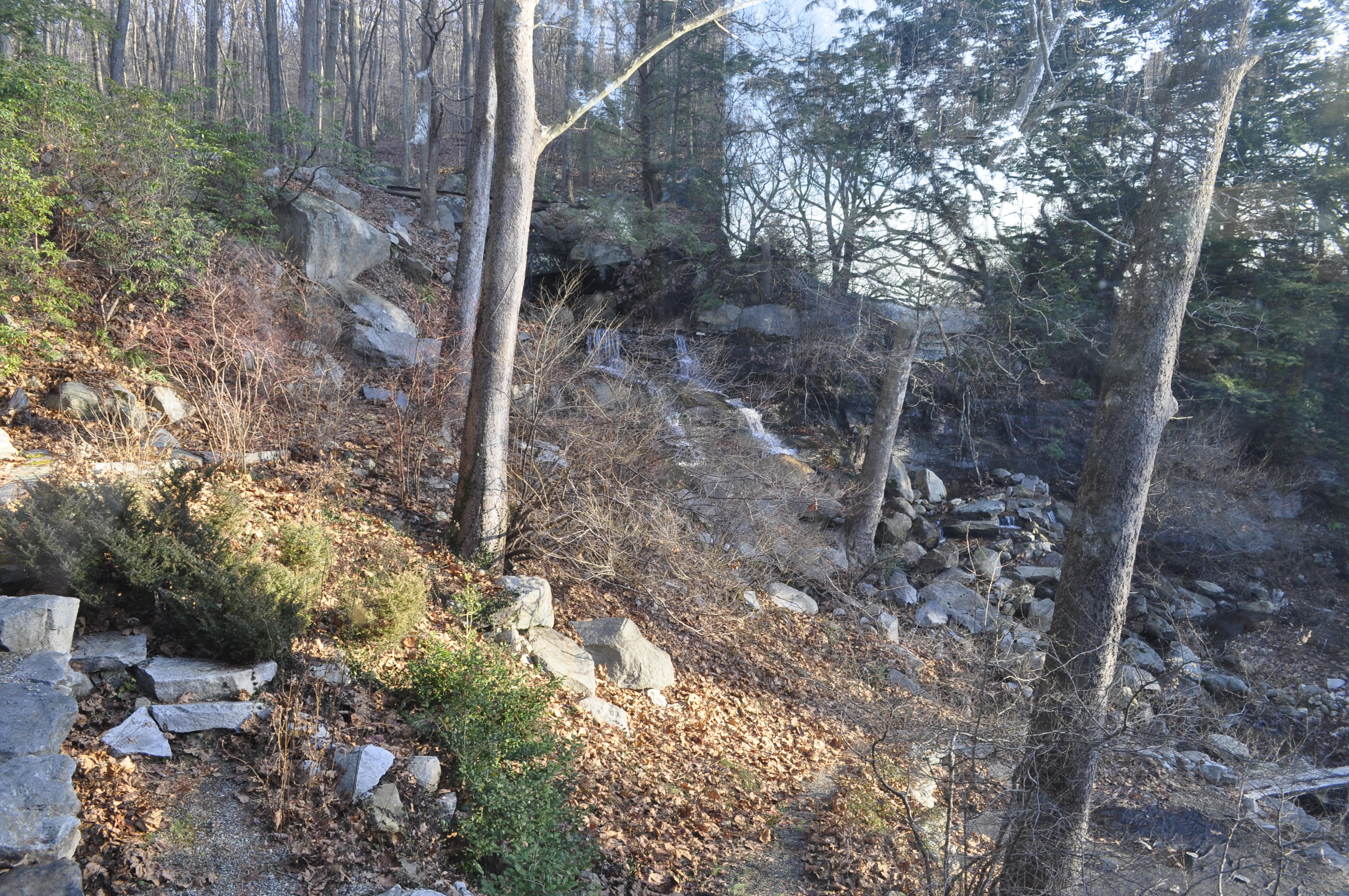 Some views of the outside. 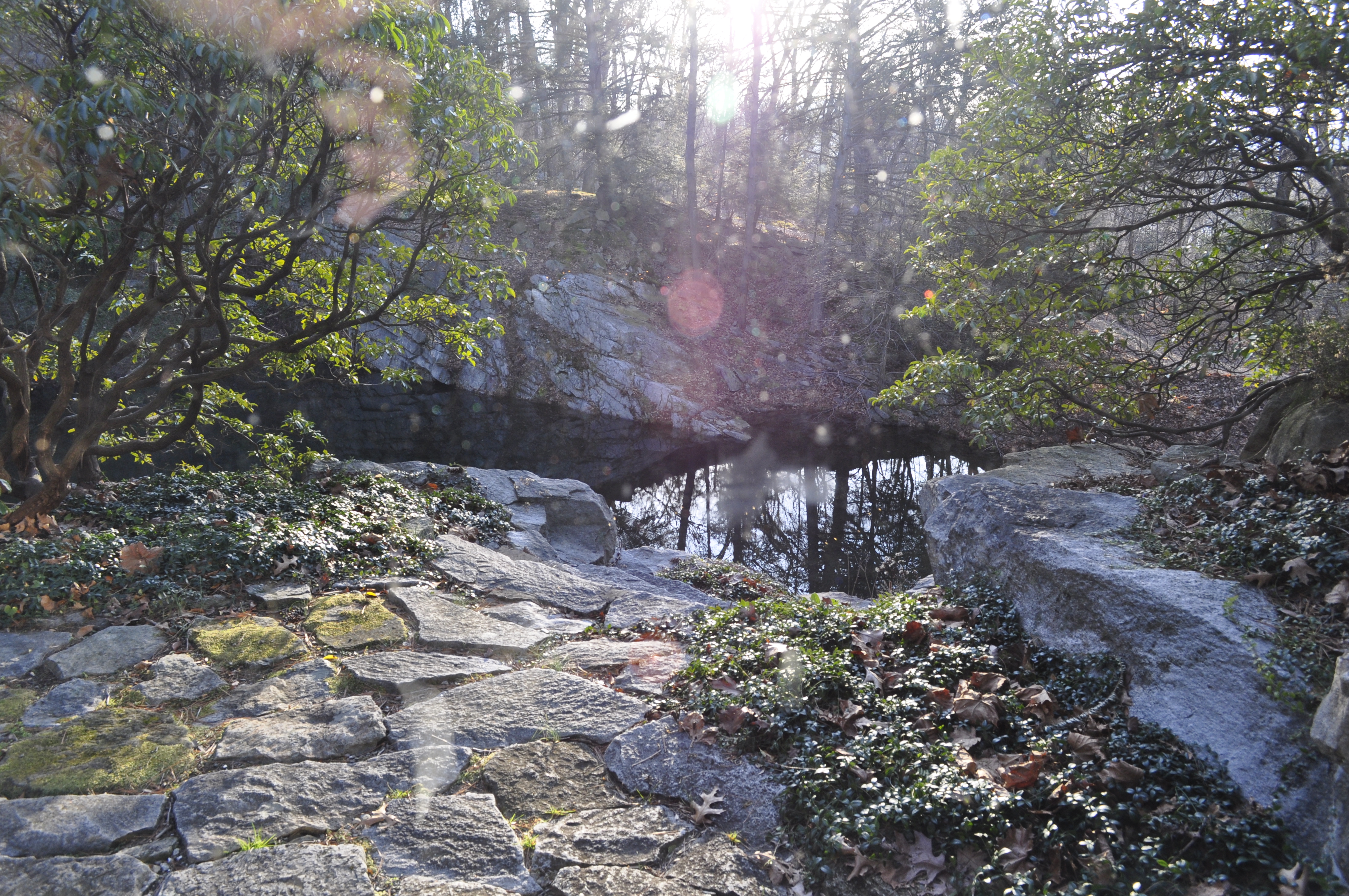 To read my entire interview with Donald Albrecht and Dianne Pierce, curators of “Russel Wright: The Nature of Design” click here: AM13-Ideas-Wright. The April/May 2013 issue of American Craft magazine may be purchased through the American Craft Council http://www.craftcouncil.org/

For more information about the exhibition, visit http://www.nysm.nysed.gov/

Manitoga/ The Russel Wright Design Center is open to the public. Visit their website: http://www.russelwrightcenter.org/redesign/home.html