Steven A. Greenberg’s Collection of Art Deco at Christie’s 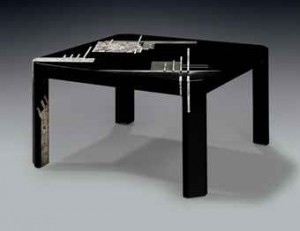 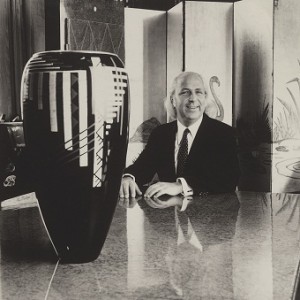 This past week Christies held the two-day sale (December 12- 13, 2012) of Steven A. Greenberg’s Art Deco Collection. This was one of the most spectacular collections of Art Deco that I have ever seen. The last time that I saw work of this magnitude, I was walking through the galleries of the Musée des Arts Décoratifs in Paris.  Phillipe Garner, Director of 20th Century Decorative Arts & Photographs, Christie’s acknowledged that Greenberg’s collection was the most important collection of French Art Deco to have ever been presented in the United States. 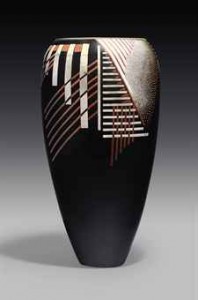 More than the collection, I loved the story of how the collection came to be. Greenberg’s first purchase was three glass pigeons by René Lalique at the Marché aux Puces in Paris in the mid-1970s (the Pigeons were realized $6,875 with an estimate of $6,000-8,000). This was the time when Deco was having a resurgence and great work could still be acquired from the collections of its original owners. Deco collectors fondly remember this time as the golden age.

Greenberg was a collector in the truest sense of the word; he had a real passion and understanding of the period. He also had a focus; the requirement simply wasn’t just Deco but the work of artists that were featured in the Paris Exposition Internationale of 1925. Not surprisingly the three names that stood out in the collection were Jean Dunand, Emile-Jacques Ruhlmann, and Jean Dupas.  Most importantly, Greenberg lived with his purchases, enjoying them and decorating his home and office (which was located on the 67th floor of Rockefeller Center- its own testament to the great Art Deco style) with them.  Greenberg also shared his passion for Deco with his friend, Andy Warhol. It is well-known that Warhol had amassed his own serious collection to Deco and Greenberg owned several pieces that came from this collection.

Some of the highlights of the sale included Eileen Gray’s Six-Panel Screen, c. 1922-25 (lot 32) which realized $1,874,500. “Straight lines and angles come into play in her concept for the decoration of the present screen, a bold graphic design that moves forward from the curves that one might trace back to Miss Gray’s visit to the Paris exhibition of 1900, when Art Nouveau reigned supreme.” Christie’s continued to describe this screen in their catalogue “as a distinguished, high-quality piece that marked a particular phase of transition in Miss Gray’s art”.  This screen will be featured in the monographic exhibition on Eileen Gray at the Musée National d’Art Moderne, Centre Georges Pompidou, opening in February 2013.

A magnificent egg-shell lacquer vase, 1925 (lot 3) by lacquer-artist and dinandier, Jean Dunand realized $902,500 (almost four and half times its high estimate). The top of this 20 inch vase is decorated with white, gray, and red linear motifs. It is a worthy companion to Dunand’s low-table from 1923 (lot 20) which brought in $602,500. This low-table was in the private collection of the Wittgenstein family, who appreciated avant-garde decorative arts and were patrons of the Wiener Werkstätte.  “The decorative motif that Dunand has conceived for this table calls to mind the work of key artists revolutionizing the world of painting… particularly paintings by Kazimir Malevitch.”

An auction record was also set for a work by Jean Dupas. His Allegorie du Tissu realized $1,650,500, nearly five times its high estimate.  It is the final preparatory painting for a mosaic executed by Dupas for the Pavillion du Textile at the 1937 Paris Exposition International. This incredible works celebrates the “splendors of the French textile industry”.

I did not know anything about Greenberg prior to the sale so was happy to learn that he grew up in Brooklyn, where he attended Madison High School (located just a few blocks from my own high school) and worked in finance. He owned the nightclubs Roxy and Palladium and, more recently, 230 Fifth Avenue.  He was also the founder of a magazine called Fame, which was inspired by Warhol’s Interview magazine.