I recently fell in love with the magical world of British book-sculptor Su Blackwell, whose work I came across while devouring the catalogue of the “Modern Masters“. This fantastic selling exhibition of contemporary craft was curated by Sarah Griffin and organized by Sotheby’s at Chatsworth House in Derbyshire, UK through December 23, 2013. 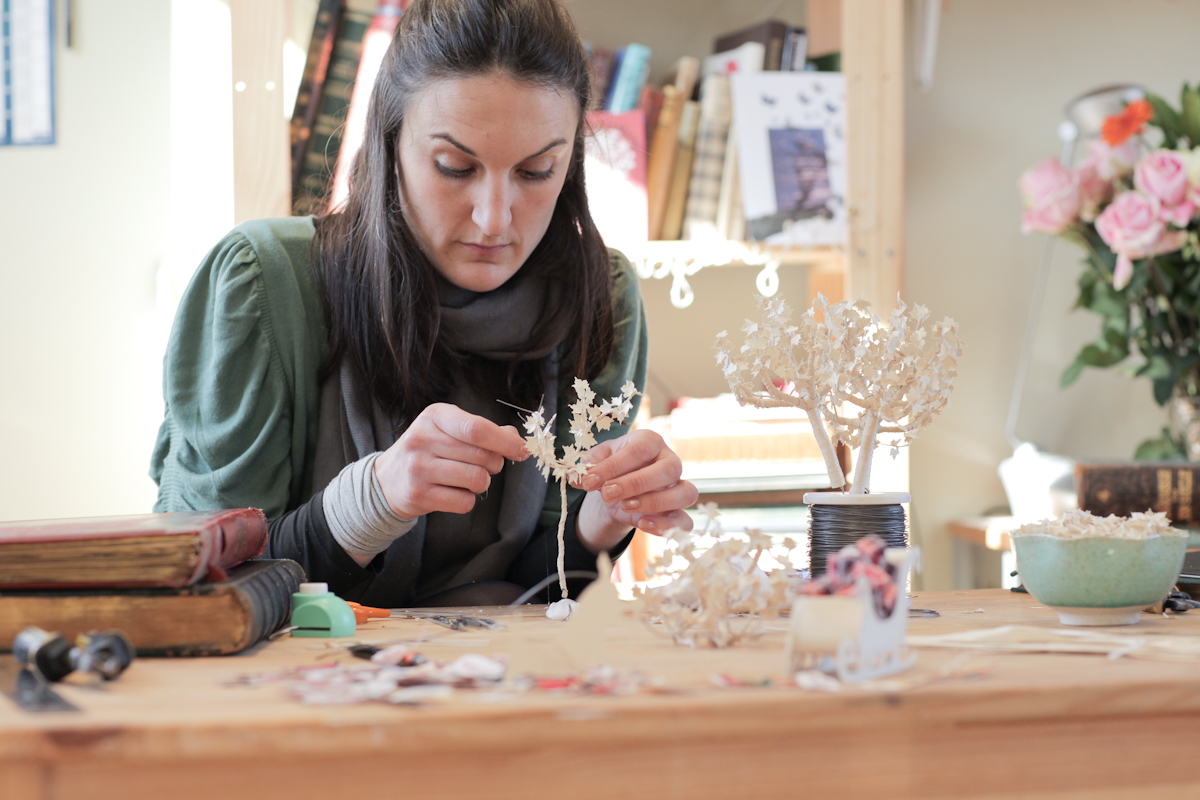 The artist Su Blackwell at work in her studio.

Blackwell studied textiles at Bradford College and received her MA in Textiles at the Royal College of Art in London in 2003. It was during a trip to South East Asia that she felt compelled to work with paper after purchasing a second-hand book in Thailand. Her first book sculpture, “The Quiet American” followed as did her foray into the world of book arts. 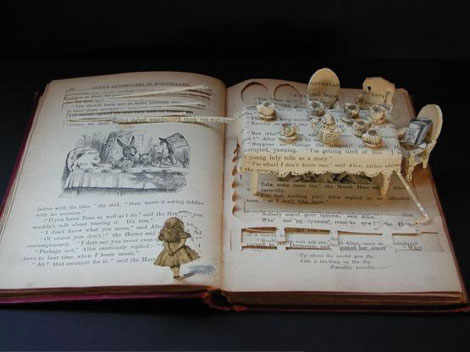 Blackwell chooses books, including Alice in Wonderland, Peter Pan, and the Secret Garden, with illustrations that captured her imagination as a child, “I find multi-faceted aspect of fairy tales quite interesting.” (http://www.ideastap.com/IdeasMag/The-Knowledge/su-blackwell-interview)

”For the cut-out illustrations, I tend to lean towards young-girl characters, placing them in haunting, fragile settings, expressing the vulnerability of childhood, while also conveying a sense of childhood anxiety and wonder. There is a quiet melancholy in the work, depicted in the material used, and choice of subtle colour.” 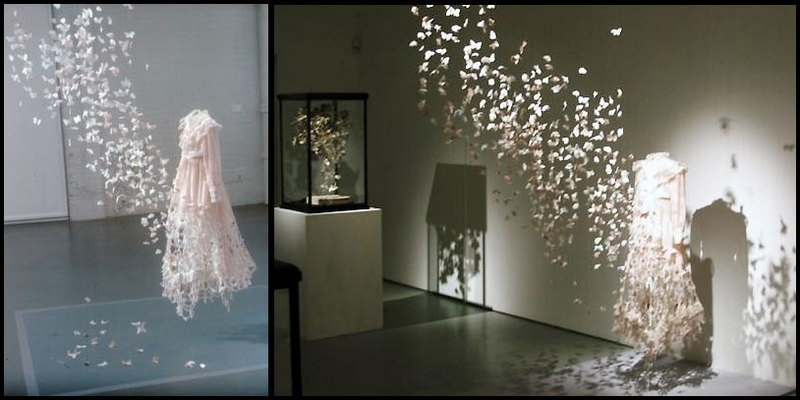 Su Blackwell, While You Were Sleeping, Installation, 2004

Blackwell has created stage designs as well as installations. “While You Were Sleeping” was made “after finishing my studies at the Royal College of Art prior to any of my book-works.  It was made specifically for an exhibition in Australia.  I read in a book a Burmese legend about the soul butterfly or win-laik-pya…it is believed that a sleeping person’s soul takes the shape of a butterfly and flies abroad while it’s owner is asleep, searching for the souls of other persons and animals and returning when the owner awakes.  Burmese children are still taught never to wake a sleeping person for fear they may die, or worse, live on, without a soul. (http://myloveforyou.typepad.com/my_love_for_you/2008/01/su-blackwell-an.html) 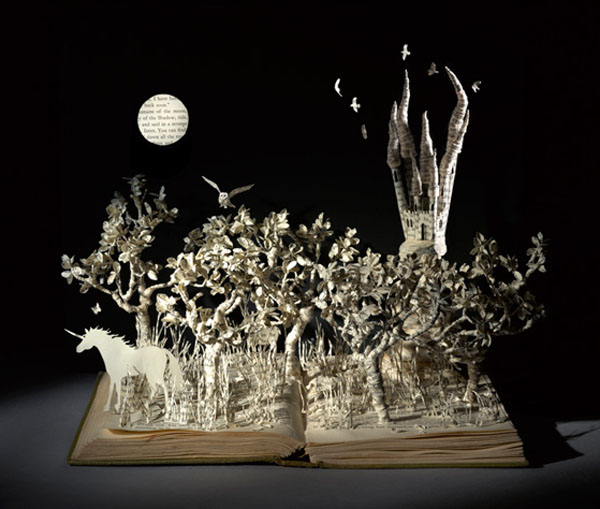 Blackwell’s fans are surprised to learn that prior to cutting into a book with her scalpel, she reads it several times. And yes, cutting up books terrified Blackwell at first but she has said that she does not use any first-editions; many of the books would end up in the dumpster if not for her rescuing them from second-hand stores. Some books sit on her shelf for years before she decides to do anything with them. 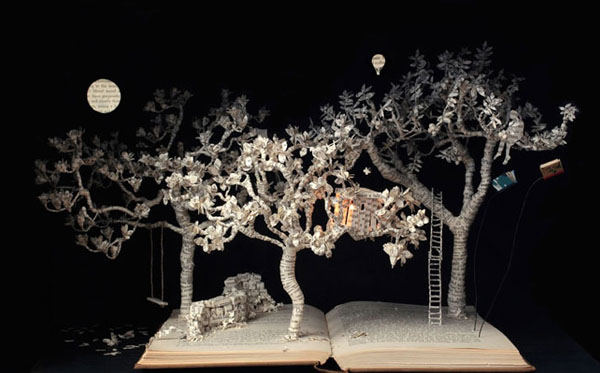 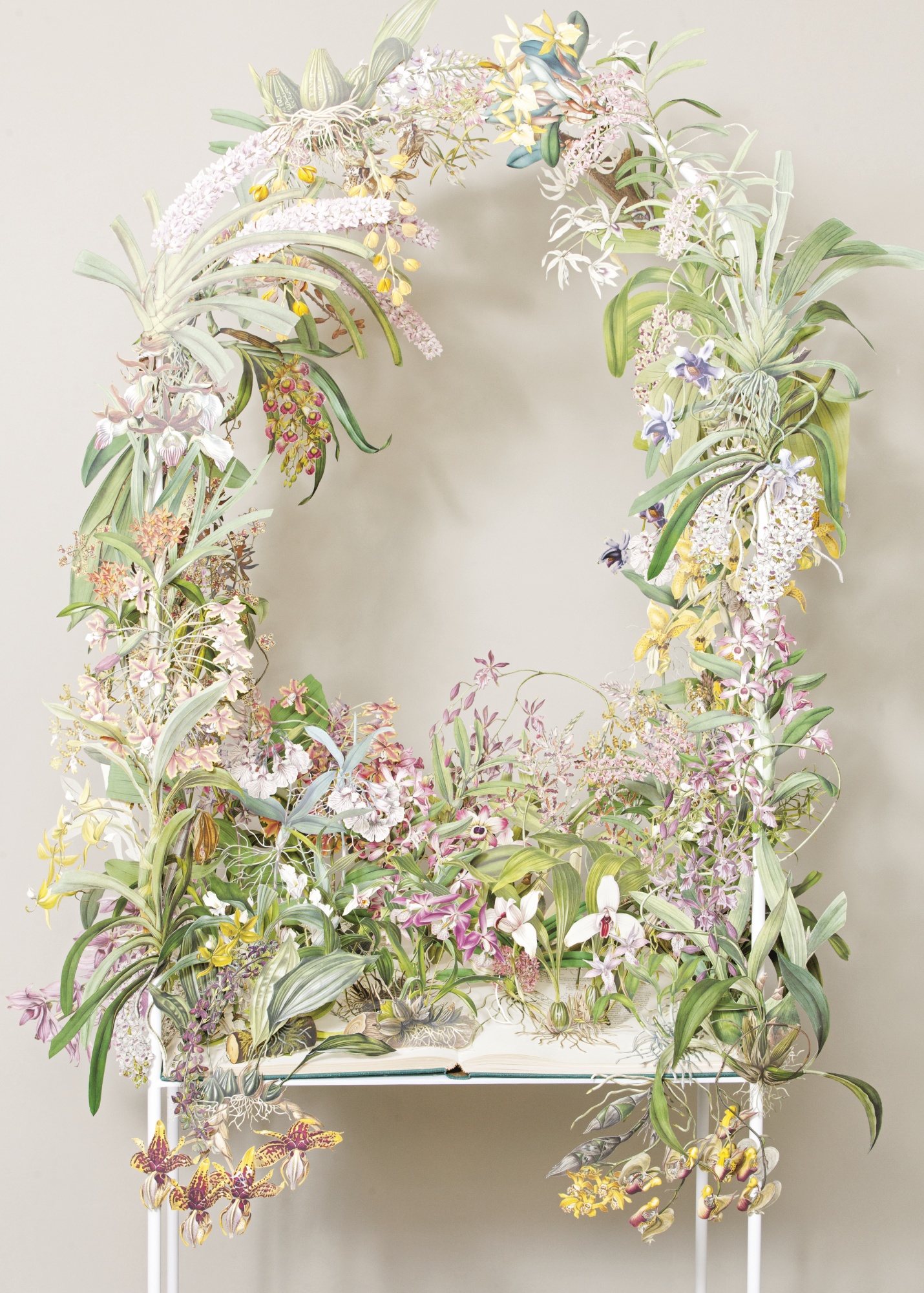 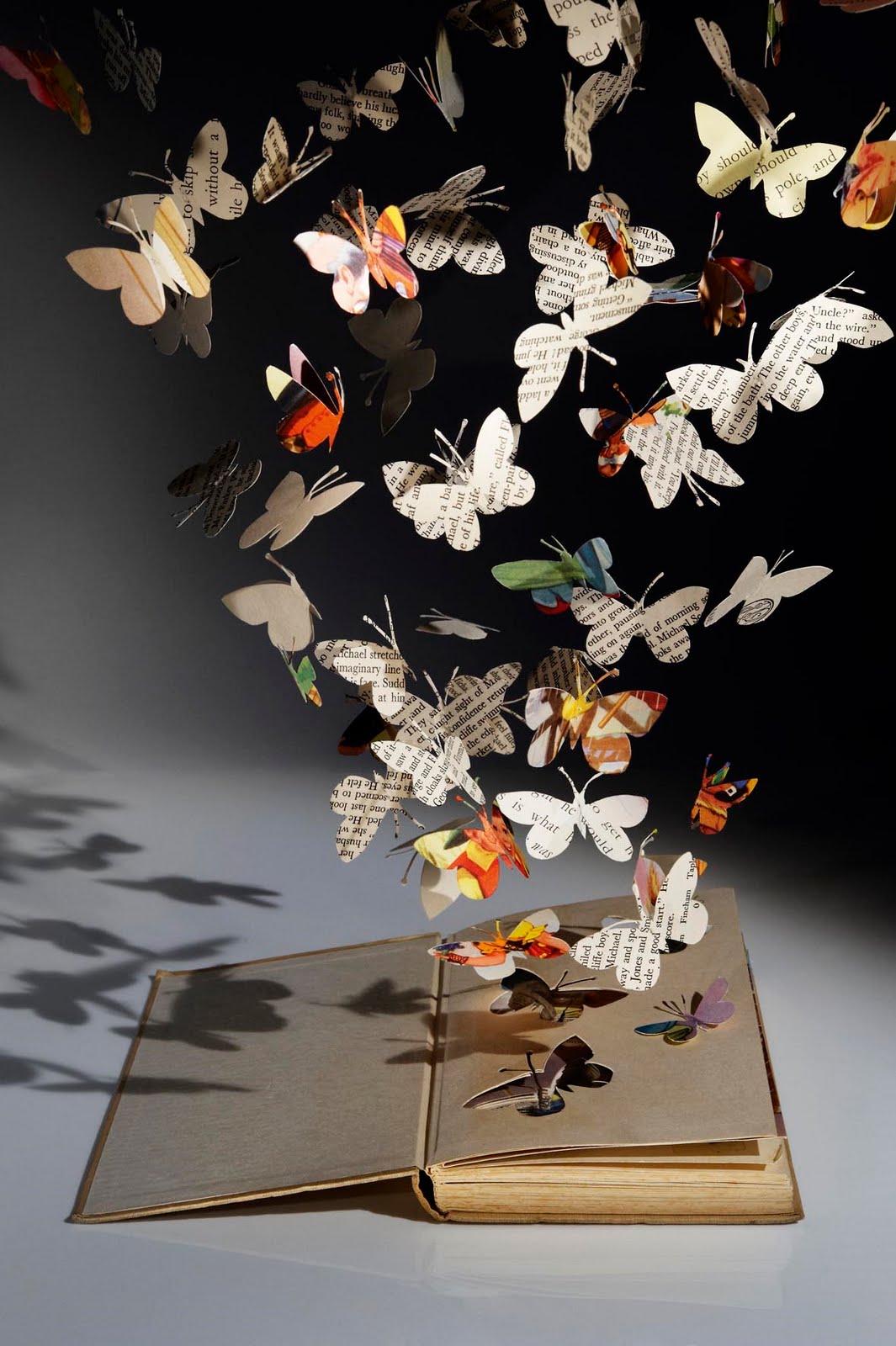 Find out more about Su Blackwell by visiting her website.